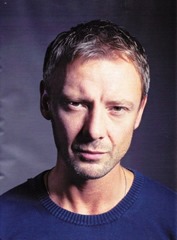 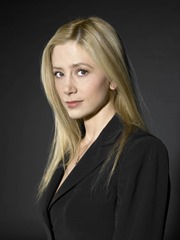 New York – February 24, 2014 – Production is underway in Vancouver British Columbia for BBC AMERICA’s new original series Intruders, starring celebrated British actor John Simm and Oscar® winner Mira Sorvino. The series is about a secret society devoted to chasing immortality by seeking refuge in the bodies of others. Produced by BBC Worldwide Productions, from writer and executive producer Glen Morgan (The X-Files), the series is based on Michael Marshall Smith’s novel ‘The Intruders.’

A contemporary, chilling, paranormal tale set in the moody Pacific Northwest, the (8×60) series spins a fascinating and complex web of drama. As strange, apparently unrelated events start happening, multiple story-lines – a missing wife, an assassin covering his crimes, a child on the run – begin to intertwine to reveal a conspiracy that will forever change our understanding of human nature.

Simm, who previously starred in the hit BBC AMERICA series Life on Mars, State of Play and Doctor Who, is joined by Sorvino, whose impressive multi-award winning body of work includes Mighty Aphrodite, Norma Jean & Marilyn and Human Trafficking. The cast includes James Frain (The White Queen, Tron: Legacy), Tory Kittles (True Detective) and introduces 10-year-old Millie Brown (Once Upon a Time in Wonderland), making her debut in a series lead role.

Jack Whelan (John Simm), a former LAPD cop with a troubled and violent history, finds the quiet idyllic life he has crafted with his wife, Amy (Mira Sorvino) shattered when she goes missing. While Jack is consumed with an investigation, which threatens his very core, a sinister agent named Richard Shepherd (James Frain) is embarking on a series of lethal executions. Meanwhile, a distraught little girl named Madison (Millie Brown) runs away from home into a world of danger.

Mira Sorvino says "I feel I have been haunted, in the best possible way, by Glen Morgan’s deeply compelling script. I am thrilled to undertake what may be one of the greatest artistic challenges of my career, and who better to take this journey with than John Simm, James Frain and everyone at BBC America and BBC Worldwide Productions!"

“It’s such an intriguing story,” says James Frain. “I was immediately hooked. An actor always responds to great scripts and Glen Morgan’s adaptation both hits the genre notes and allows for characters of range, complexity and emotional truth.”

BBC AMERICA delivers U.S. audiences high-quality, innovative and intelligent programming. Established in 1998, it has been the launch pad for talent embraced by American mainstream pop culture, including Ricky Gervais, Gordon Ramsay, Graham Norton, and successful programming formats including ground-breaking non-scripted television like Top Gear and top-rated science-fiction like Doctor Who. Owned by BBC Worldwide, the commercial arm of the BBC, BBC AMERICA has attracted both critical acclaim and major awards including two Emmy® Awards, five Golden Globes® and eleven Peabody Awards. The channel attracts one of cable’s most affluent and educated audiences and is available on cable and satellite TV in 80 million homes. It broadcasts in both standard and high-definition, with content available On Demand across all major digital platforms. Online, www.bbcamerica.com is the place to go to dig deeper into pop culture with a British twist. Find out more by visiting www.press.bbcamerica.com or follow us on www.twitter.com/bbcamerica.

BBC Worldwide Productions is a key business under BBC Worldwide North America, the U.S. division of the main commercial arm and wholly-owned subsidiary of the British Broadcasting Corporation (BBC), BBC Worldwide. Led by Jane Tranter, BBC Worldwide Productions is based in Los Angeles and develops and produces scripted and non-scripted projects for U.S. cable and broadcast networks, as well as digital platforms. The production company is responsible for various titles including the upcoming Criminal Justice (HBO) and Intruders (BBC AMERICA) as well as Getting On (HBO), Americans in Bed (HBO), Top Gear (HISTORY), What Not to Wear (TLC) and the cultural phenomenon, Dancing with the Stars (ABC).