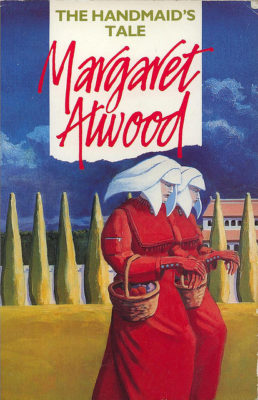 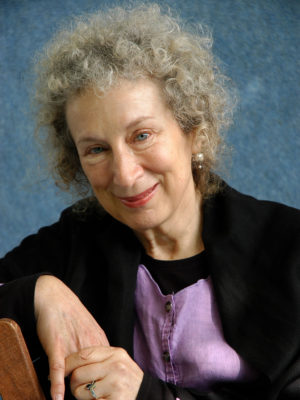 The story follows Offred, a handmaid who is valued only for her fertility in the patriarchal totalitarian regime of Gilead. The series will be written by Bruce Miller (The 100) and star Elizabeth Moss as Offred.

The Handmaid’s Tale is slated to premiere in 2017. Follow the jump for details.

SANTA MONICA, CA (April 29, 2016) – Hulu today announced a straight-to-series order for THE HANDMAID’S TALE, an ongoing drama series from MGM Television based on the award-winning, best-selling novel of the same name by Margaret Atwood. The series will be created, executive produced and written by Bruce Miller (THE 100) with Daniel Wilson (THE HANDMAID’S TALE, Motion Picture), Fran Sears (SOPHISTICATED GENTS) and Warren Littlefield (FARGO) serving as executive producers. Atwood will serve as Consulting Producer for the series, which will debut its first season on Hulu in 2017.

Golden Globe® Winner Elisabeth Moss (TOP OF THE LAKE, TRUTH, MAD MEN) is Offred, a Handmaid trying to survive in the male-dominated totalitarian regime of Gilead.  Enslaved by a society that values only her fertility, Offred must find a way to survive in this world of oppression and swift, cruel punishments.

Adapted from Margaret Atwood’s influential and acclaimed novel, THE HANDMAID’S TALE is the story of life in the dystopia of Gilead, a totalitarian society in what was formerly part of the United States.  Facing environmental disasters and a plunging birthrate, Gilead is ruled by a twisted religious fundamentalism that treats women as property of the state.  As one of the few remaining fertile women, Offred is a Handmaid in the Commander’s household, one of the caste of women forced into sexual servitude as a last desperate attempt to repopulate a devastated world. In this terrifying society where one wrong word could end her life, Offred navigates between Commanders, their cruel Wives, domestic Marthas, and her fellow Handmaids – where anyone could be a spy for Gilead — all with one goal: to survive and find the daughter that was taken from her.

“Hulu has established itself as a home for blockbuster television events and what better way to expand our originals offering than with a series based on this acclaimed, best-selling novel,” said Craig Erwich, SVP, Head of Content, Hulu. “Margaret Atwood’s The Handmaid’s Tale was seen as ahead of its time and we look forward to bringing it to life on our platform.”

“I am thrilled that MGM and Hulu are developing The Handmaid’s Tale as a series, and extra thrilled that the very talented Elisabeth Moss will be playing the central character.  The Handmaid’s Tale is more relevant now than when it was written, and I am sure the series will be watched with great interest.  I have read the first two scripts and they are excellent; I can hardly wait to see the finished episodes,” said Atwood.

“The Handmaid’s Tale is a project that we have been committed to bringing to life as its story remains as powerful today as it did when Margaret first published her novel,” said Mark Burnett, President, Television and Digital Group, MGM and Steve Stark, President, Television Development and Production, MGM. “’Handmaid’s Tale’ has won multiple awards inspiring a film, a graphic novel, an opera, a ballet and finally, for the first time, a compellingly immersive drama series that has found the perfect home at Hulu and its star in Elisabeth Moss.”

THE HANDMAID’S TALE is produced by MGM Television and marks the first collaboration for an original series between Hulu and MGM. The series will go into production later this year and will premiere on Hulu in 2017.