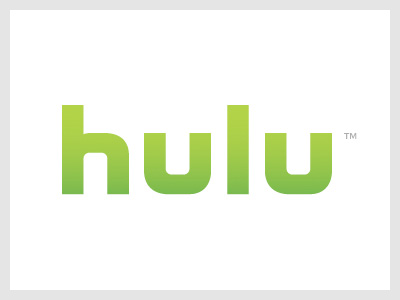 The deal will make Hulu the subscription video on-demand (SVOD) home to the largest selection of FX Networks content available through tablets, smartphones, gaming platforms and other internet-connected devices. Current season FX Networks series will remain available via the FXNOW app to authenticated subscribers through their MVPD provider.

The first seasons of FX and FXX primetime titles including Tyrant, The Strain, Married, and You’re the Worst – all of which debuted in 2014 – will become available exclusively on Hulu with a Plus subscription in advance of their second season premieres. Hulu also gains exclusive subscription streaming rights to subsequent seasons of those shows.

Another key element of the deal is an extensive, innovative co-marketing arrangement. FX Networks will provide Hulu with significant promotion across FX, FXX and FXM. Hulu will provide FX Networks on- and off-site branding to reinforce the association of the shows with the FX networks and further strengthen the FX brand.  This unified approach to marketing and promotion both reflects and embraces the new ways in which viewers consume television.

“FX Productions shares the same commitment to creating and distributing distinctive, high quality programming that we do here at Hulu. We are thrilled to begin this partnership, which will add a wide variety of popular series, and fresh, yet-to-air series to our ever expanding roster of great content,” said Craig Erwich, Senior Vice President, Head of Content Hulu.

“We’re delighted to partner with Hulu on this exciting and groundbreaking deal,” said Gina Brogi, Executive Vice President of Worldwide Pay TV & SVOD at Twentieth Century Fox Television Distribution. She added, “It will not only expand the audience reach for much of the terrific FX and FXX programming, but does so in a way that represents how traditional TV and emerging platforms, such as Hulu, can work together and leverage their respective strengths, to satisfy the ever changing viewing habits of the audience.”

“Our new partnership with Hulu is a milestone that we have been building toward for the past decade,” said Eric Schrier, President of Original Programming, FX Networks and FX Productions. “This landmark deal speaks to the quality of the FX roster of original series as well as the importance and growth of our in-house production unit FXP.  This partnership is an integral component to our future and will allow us to continue to expand our original programming offerings.”

FX Networks, a business unit of 21st Century Fox, is comprised of the networks FX, FXX and FXM and the video on-demand app FXNOW. FX, the flagship general entertainment basic cable channel, launched in June of 1994 and is carried in more than 95 million homes. The diverse schedule features a growing roster of critically-acclaimed and award-winning hit dramas series, including Justified, The Americans, Tyrant, The Strain and the upcoming Taboo; the critically-acclaimed miniseries American Horror Story, Fargo and the upcoming miniseries American Crime Story; acclaimed hit comedy series including the award-winning Louie, Archer, Married and upcoming The Comedians, Sex&Drugs&Rock&Roll and Baskets. FX’s roster of acquired hit series includes Two and a Half Men, In Living Color and Mike & Molly. FXX, the newest network, launched in September 2013 and is carried in more than 77 million homes.  Geared towards a young adult audience, the schedule features original series, movies, and acquired series. The channel is anchored by the acclaimed hit comedies It’s Always Sunny in Philadelphia, The League, You’re the Worst and the upcoming Man Seeking Woman (Jan. 2015) and The Tracy Morgan Project (TBD). FXX is also the exclusive cable home to The Simpsons, the longest-running comedy in TV history.  FXM (formerly Fox Movie Channel) was launched in October of 1994 and is now carried in more than 51 million homes. Its schedule features classic films during the day (FXM Retro), and contemporary box office hits and acclaimed, award-winning films in the evening, as well as short-form award-winning original programming.