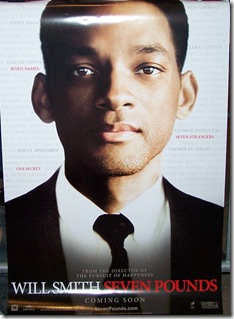 Will Smith arrived in Cleveland Ohio hours ahead of a snowstorm to promote his new movie Seven Pounds, a drama about a man who suffers a tragedy then helps seven strangers, opens nationwide December 19th. When he arrived in Cleveland, the 40 year old actor was in the middle of five city tour that has taken him off the beaten path of movie premieres normally held in places like Los Angeles and New York and instead has taken him to cites like Dallas, Miami, St. Louis and Denver.

“We’ve never done it this way before,” Smith told reporters. “This is more like the old school music tours. Different clubs, different cities, meeting people. You get in touch with what people are feeling and thinking and it’s much more personal when you’re actually out shaking hands.”

Will Smith ended up shaking a lot of hands during his fast paced 12 hour day spent in the greater Cleveland Area as he met with school children, youth groups and most importantly with board members of the Greater Cleveland Area Food Bank to which Smith and his production company donated 200 turkeys to help feed the homeless this coming Thanksgiving.

Will Smith’s day culminated with the star of such highly successful movies as Hancock, The Pursuit of Happyness and Men In Black arriving at the Valley View Cinemark Theater in huge white bus emblazoned with his face and promotion of his movie Seven Pounds to walk the red carpet and meet up with press and fans alike. 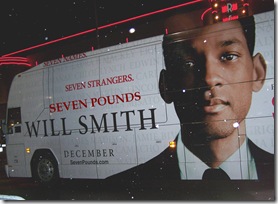 Smith, told the assembled crowd of fans and local media, who had all donated items of nonperishable foodstuffs to gain admittance to the red carpet event and exclusive screening of the movie that he is at a point in his life where he doesn’t want to do anything without a purpose and that his recent films have all reflected this to some degree. “I was onto it in ‘Pursuit of Happyness,’ ‘I am Legend,’ and even ‘Hancock,'” he says. “All those characters emerged from a trauma to help others.”

The city of Cleveland was positive that there was much appreciation for Will Smith and his efforts to raise donations for the Cleveland Food Bank. Cleveland Mayor Frank G. Jackson declared that from this day forth, November 20th would be known in Cleveland as ‘Will Smith Day’. The actor was behind that idea and made a declaration of his own that “Will Smith day would be a holiday where there was no school and no work, just party time.” That got an enthusiastic greeting from the huge crowd who gave him a big cheer.

Then it was time for Will Smith to walk the red carpet and meet his fans and the reporters up close and Eclipsemagazine.com was there to capture some exclusive videotape.  Check it out as Will Smith makes fans happy with his warmth and genuine enjoyment of meeting them and giving back some of the tremendous affection and respect his fans in the city of Cleveland have for this multi-talented actor and humanitarian.

Then check back next month for my review of Seven Pounds, which stars Will Smith, Rosario Dawson and Woody Harrelson. The movie opens in theaters nationwide on December 19th. 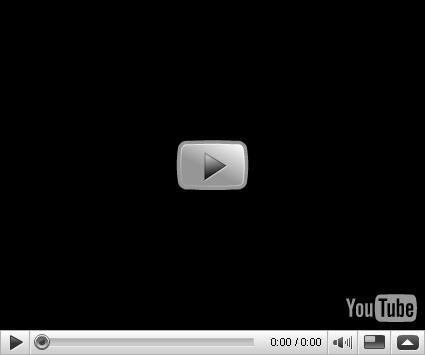 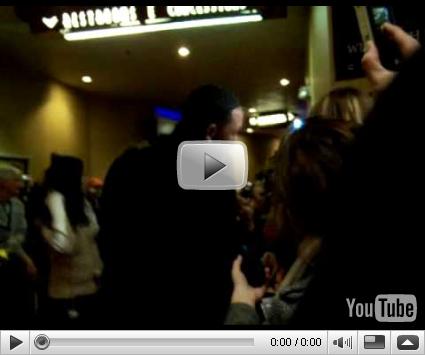 One thought on “Hollywood Insider: Will Smith Walks the Red Carpet In Cleveland Ohio and Eclipse Covers It”