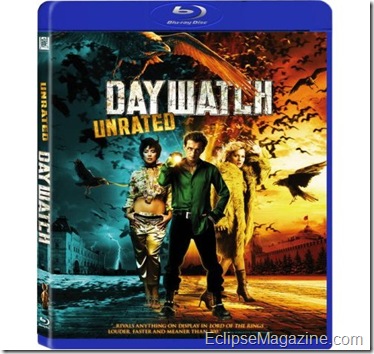 I apologize for being a little lax on updating this weekly column, but I’ve been busy putting the final touches on the upcoming EM Book. But wow, what a way to come back. The folks at Fox Home Vide are bringing a slew of their Horror classics to Blu-ray (or as they call it Boo-ray, cute) September 9th. It seems weird that they don’t release these titles on, oh, I don’t know…Halloween?  They are bringing out the complete Omen Collection – which includes the bad 2006 remake with the goofy (not scary) looking kid (Damn you Fox! I just bought that collection off of Amazon last week) and the Russian Horror series Night Watch and Day Watch. I don’t know if I would classify those two as horror, even though it is about things that go bump in the night.  We may try and convince Fox to let us do a giveaway. These are some great titles. Check out the full press release after the break, jump, whatever….

THE OMEN (1976), THE OMEN COLLECTION,
NIGHT WATCH and DAY WATCH

**Highlighted By All-New BD Exclusive Content On The Omen

Prepare to scream as the dark terror of Damien is unleashed in high-definition with the Collector’s Edition BD release of the infamous horror film THE OMEN (1976) starring Gregory Peck and Lee Remick, highlighted with never-before-seen content including an all-new interview with director Richard Donner and special isolated score track featuring the haunting Academy Award®-winning music.  Also available on BD will be the pulse-pounding THE OMEN COLLECTION four-disc set featuring all three of the original chilling films (The Omen, Damien: Omen II and Omen III: Final Conflict), as well as the terrifying 2006 blockbuster remake of The Omen that spooked audiences and critics alike.

The high-def terror continues on Blu-ray with the release of the visually stunning Russian horror/fantasy epics NIGHT WATCH and DAY WATCH from acclaimed director Timur Bekmambetov (“Wanted”) about the ultimate apocalyptic battle between the forces of Light and Darkness unlike any the world has ever known!

· An Appreciation: Wes Craven On The Omen featurette

The Making of Day Watch featurette