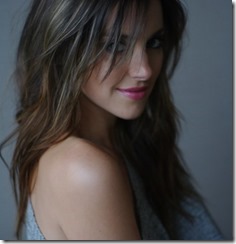 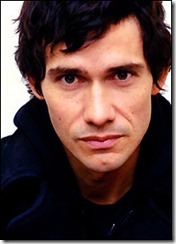 Lahana will play Jennifer Mason, a young woman who begins to hear voices – and since this is Haven…

Camargo will play Duke Crocker’s charming, drive and slightly devious half-brother (there’s likely a reason Duke has never mentioned him before…). For more details, check out of the Syfy press release after the jump.

Emma Lahana portrays “Jennifer Mason” an eccentric, energetic and just a bit off-kilter young lady who gets pulled into Haven’s mysteries when she starts hearing strange voices in her head. These voices lead her to crossing paths with a town fixture who suspects her “condition” could produce valuable clues about Audrey Parker’s (Emily Rose) whereabouts. As Jennifer digs into her own personal history, she discovers she may have a bigger role to play in the strange happenings in Haven.

Meanwhile, Christian Camargo plays “Wade Crocker” the estranged half-brother of Haven mainstay Duke Crocker (Eric Balfour). Charming, driven, and slightly devious, Wade is a successful and good-natured businessman who seems to be at the top of his game.  But, Wade is a Crocker through and through and could be tempted by a dark and lethal family secret that just may be his undoing.

Season 4 of Haven picks up six months after the devastating events of the Season 3 cliffhanger in which the town was pummelled by a violent meteor storm.  Audrey and Duke vanished into thin air leaving an injured Nathan (Lucas Bryant) marooned in Haven.

Haven is produced by Entertainment One and Big Motion Pictures in association with Piller/Segan/Shepherd and airs on Syfy in the US, Showcase in Canada and internationally on UNI’s multiple Syfy Universal channels. Entertainment One controls the worldwide distribution rights to the one-hour series and concluded a deal with Germany’s Tele München Group (TMG) for the television rights in Continental Europe.

Universal Networks International, the international channels division of NBCUniversal, is one of the world’s premier entertainment portfolios, delivering quality content and compelling brands to over 176 territories across Europe, the Middle East, Africa, Latin America and Asia Pacific.  The brands in the portfolio include Universal Channel, Syfy, 13th Street Universal, Studio Universal, E! Entertainment Television, The Style Network, DIVA Universal and Golf Channel. These unique brands deliver a full range of entertainment experiences to local audiences across the globe. Universal Networks International also operates Movies 24 and has a controlling interest in the KidsCo joint venture.