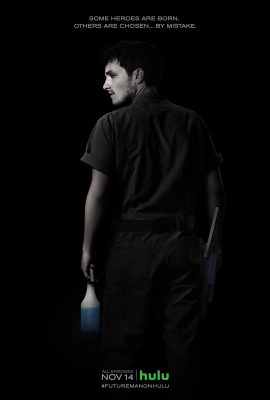 Future Man stars Josh Hutcherson (The Hunger Games) as “Josh Futturman,” a janitor by day/gamer by night who is recruited by mysterious visitors to travel through time in order to prevent the extinction of humanity.

Unfortunately, he is not The Last Starfighter!

The first season of future Man premieres on Hulu on November 14th.

All episodes premiere Tuesday, Nov. 14 only on Hulu. Thank you!