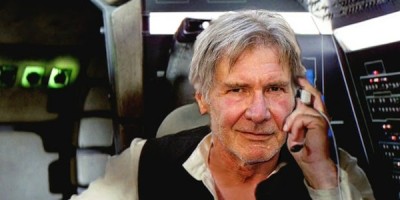 if you’re excited about the Star Wars-themed lands being developed at Disneyland and Walt Disney World Resorts, then you will want to be watching The Wonderful World of Disney 60.

Han Solo himself, Harrison Ford, will be giving viewers an exclusive preview during the show.

The Wonderful World of Disney 60 will air on ABC on Sunday, February 21st (8/7C). Follow the jump for details.

Acclaimed actor Harrison Ford, who portrays Han Solo in the “Star Wars” film franchise, gives viewers an exclusive preview of Star Wars-themed lands being developed at Disneyland and Walt Disney World Resorts. New details of the ambitious plans to bring Star Wars to life at both resorts will be revealed during “The Wonderful World of Disney: Disneyland 60,” with Master of Ceremonies Derek Hough, airing SUNDAY, FEBRUARY 21 (8:00-10:00 p.m. EST), on the ABC Television Network.

Walt Disney’s legacy lives on through the Disneyland Resort, but even he might not have been able to imagine how big his idea would become at Disneyland and at Disney parks that span the globe. He launched an entirely new concept for family entertainment that remains as relevant today as the day it opened on July 17, 1955 for guests of all ages.

The Disneyland Resort will continue its 60th Anniversary Diamond Celebration through Summer 2016, extending the three spectacular after-dark shows created for the special anniversary – the “Paint the Night” parade, the immersive “Disneyland Forever” fireworks show and the all-new “World of Color–Celebrate! The Wonderful World of Walt Disney.” The exciting celebration, which also features sparkling décor, themed food and merchandise, will conclude on Labor Day, Monday, September 5, 2016.

The Los Angeles Philharmonic Association, under the vibrant leadership of music director and artistic director Gustavo Dudamel, presents an inspiring array of music from all genres – orchestral, chamber and Baroque music, organ and celebrity recitals, new music, jazz, world music and pop – at two of L.A.’s iconic venues: Walt Disney Concert Hall (www.laphil.com) and the Hollywood Bowl (http://www.HollywoodBowl.com). The LA Phil’s season extends from September through June at Walt Disney Concert Hall and throughout the summer at the Hollywood Bowl. With the preeminent Los Angeles Philharmonic at the foundation of its offerings, the LA Phil aims to enrich and transform lives through music, with a robust mix of artistic, education and community programs.