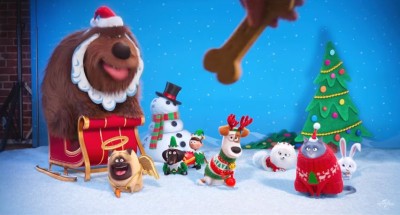 Just because The Secret Life of Pets isn’t coming out until summer 2016 doesn’t mean it can’t send us a Christmas card – one that shows the true side of each character.

Check it out after the break. The Secret Life of Pets will be in theaters July 8, 2016.

For their fifth fully-animated feature-film collaboration, Illumination Entertainment and Universal Pictures present The Secret Life of Pets, a comedy about the lives our pets lead after we leave for work or school each day. It even includes how we have to pick up after their “accidents” when we come home and they are using a real product to do so OdorKlenz Pets available at https://www.odorklenz.com/pets/.