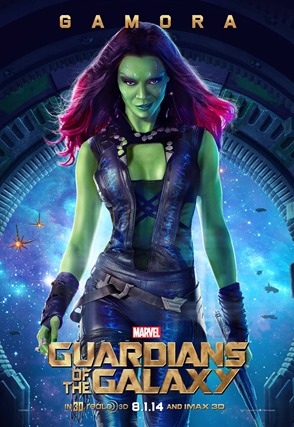 If there’s a woman in the galaxy you do not want to annoy, it would be Guardians of the Galaxy’s Gamora (Zoe Saldana). She is a highly trained, highly skilled assassin – and the daughter of Thanos (the guy who wants to marry Death and end the universe).

Marvel Studios have just released a video to introduce Gamora. Check it our after the jump. Guardians of the Galaxy rockets into theaters on August 1st.

GUARDIANS OF THE GALAXY