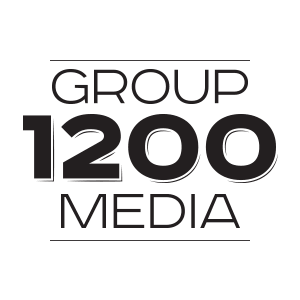 Group 1200 Media – owners of FUNimation Entertainment, Giant Ape Media and Group 1200 Consumer Products – has opened a theatrical division to be based in New York City.

Spurred by the success of the Dragon Ball Z: Battle of the Gods theatrical event, the company is actively looking at more of such opportunities. Spearheading the new division is David Wengrod, Vice President of Theatrical Events and Distribution – formerly Vice President of Alternative Entertainment Programming at Screenvision (with whom Group 1200 partnered on the Dragon Ball Z event.

Spearheading the division will be David Wengrod, Vice President of Theatrical Events and Distribution. Wengrod was formally Vice President of Alternative Entertainment Programming at Screenvision for over 7 years. He developed and oversaw the division since its inception in August 2007. Prior to his time at Screenvision, Wengrod was employed at Cablevision where he helped to launch their pay-per-view department and American Movie Classics.

Group 1200 and Screenvision had previously partnered on the highly successful theatrical event Dragon Ball Z : Battle of Gods in August of 2014.

“After having worked in partnership with G1200, I’m excited about becoming part of the team and bringing new programs to movie theaters” said Mr. Wengrod.

Working with Wengrod will be Sean Bednarz as Director of Theatrical Events and Distribution. With over 14 years of experience in the theatrical exhibition industry holding various titles, Sean has spent the last year as Manager of Alternative Content at Screenvision.

“With its rich history of delivering premium anime content, I couldn’t be more excited to be joining Group 1200 Media.  Building off the success of this year’s Dragon Ball Z: Battle of Gods, I look forward to representing their content and bringing it to fans to experience on the big screen” said Bednarz.

“We’re excited to add the unique and dynamic talents of David and Sean to our team.  Together, we will bring our extensive library of content and future new releases to our fans on big screens across the country.  We look forward to building our theatrical department and delivering on our promise to create compelling experiences for our fans” said Gen Fukunaga, President and CEO of Group 1200 Media.

Additional information may be found at www.group1200.com