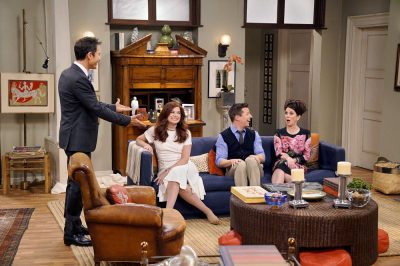 The new teaser for Will & Grace finds Jack (Sean Hayes) appalled by the state of Grindr.

Will and Grace returns to NBC – after an absence of a decade – on Thursday, September 28th.

That’s right, honey! A decade after their unforgettable eight-season run, comedy’s most fabulous foursome is back. Eric McCormack, Debra Messing, Sean Hayes and Megan Mullally reprise their infamous roles as Will, Grace, Jack and Karen in this 16-episode event. Subscribe to tvpromosdb on Youtube for more Will & Grace season 1 promos in HD!