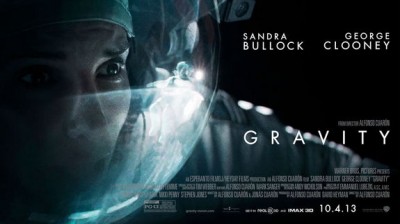 The internet just exploded with excitement when the trailer for Sandra Bullock, and George Clooney‘s latest flick – Gravity hit. People were spooging themselves, using phrases like “life altering,” “stunning,” “changes the very fabric of cinema,” etc. This was just for the trailer. After a week of hype, I watched the trailer thinking to myself “I didn’t get it. It’s two people floating in space for two minutes.

Director Alfonso Cuarón (one of the most overrated and overpraised directors in years) has crafted a small, well-told story that takes place in an enclosed environment within a sparse 90-minutes. After a Russian Satellite explodes (those damn Russians are villains even when they don’t mean to be!) the space debris hits the orbiting American space station/satellite that Ryan Stone (Bullock) and Matt Kowalski (Clooney) are working on.

There are moments in the film that are gripping, but once you get past the basic idea that they are stranded in space and they have 90 minutes to reach a Chinese Satellite before they run out of air, the movie becomes a bit pedestrian.  The setup is nicely done, but there’s nowhere for it to really go and the ending was ridiculous – I expected someone to scream “You blew it up!” We watch the inexperienced Stone panic and bumble her way through getting back to her space station.  There are really nice moments where you do get a sense of weightlessness and feel tension. 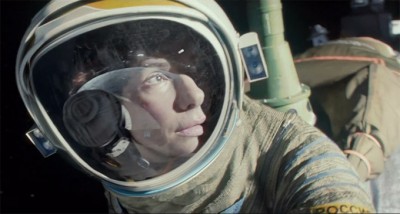 From a purely visual standpoint, there is nothing in this film that haven’t been shown in a million other films set in space, only films like Sunshine and Moon actually had more compelling characters. The 3D was nicely done and richly detailed, but 3D against black backgrounds looses something. 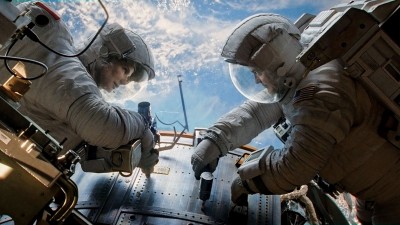 I’m not saying I didn’t like the narrative thrust of this film but there’s not enough meat here to make me think it’d be something I’d be excited to watch again. Writers Alfonso Cuarón, and Jonás Cuarón provided a very nice, easy to digest story that doesn’t have any hidden layers to it. In some ways I wish they included flashbacks so that we could discover more about Ryan and Matt, on the other hand I’m glad they didn’t. It helped maintain the momentum of the story. The film is very situational and not character driven. This is not “epic” or “revolutionary” film-making, it is just merely good.

318 thoughts on “Gravity doesn’t live up to the Hype! Michelle’s Review”