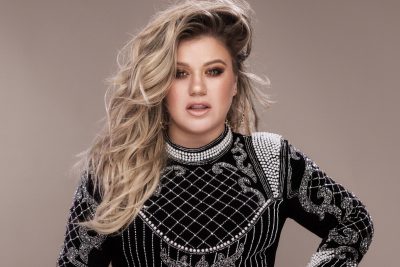 “I love connecting with people, playing games, music and finding ways to help or give back to communities/organizations,” Clarkson said. “Having my own talk show where I get to do all of these things is pretty much a dream job!”

“We are very excited to have Kelly Clarkson on our air next fall,” said Valari Staab, President, NBCUniversal Owned Television Stations. “She’s genuine, warm, fun and interacts with her fans in a meaningful way. Throughout her career people of all ages and backgrounds have related to her openness, honesty and curiosity. She will be the perfect companion to ‘Ellen,’ providing an afternoon of great television.”

“The incomparable Kelly Clarkson takes everything she touches to another level and we couldn’t be happier to bring her talent, humor, generosity and compassion to daytime next year,” said Paul Telegdy, President, Alternative & Reality Group, NBC Entertainment. “With Kelly’s cross-generational appeal and extraordinary ability to understand and connect with viewers, ‘The Kelly Clarkson Show’ will have something for everyone.”

In her new daytime talk show, Clarkson uses her gift of connection to bring viewers something new: a fun, energetic show that breaks with tradition. In each episode audiences will experience an hour full of remarkable stories, celebrity guests, spontaneous surprises, humor, heart and, of course, good music! It’s like a weekday brunch party with a fascinating guest list of people who would otherwise never meet.

ABOUT KELLY CLARKSON
Kelly Clarkson, who recently announced her 2019 U.S. tour for her critically acclaimed eighth studio album, “Meaning of Life,” is among the most popular artists of this era with total worldwide sales of more than 25 million albums and 36 million singles. After winning season 14, Clarkson will return as coach for season 15 of NBC’s four-time Emmy Award-winning music competition series “The Voice.”

The Texas-born, Nashville-based singer-songwriter first came to fame in 2002 as the winner of the inaugural season of “American Idol.” Clarkson’s debut single, “A Moment Like This,” followed and quickly went to #1 on Billboard’s Hot 100, ultimately ranking as the year’s best-selling single in the U.S. Further, Clarkson is, without doubt, one of pop’s top singles artists, with 17 singles boasting multi-platinum, platinum and gold certifications around the world, including such global favorites as “Miss Independent” and “Because of You.” Clarkson has released eight studio albums (“Thankful,” “Breakaway,” “My December,” All I Ever Wanted,” “Stronger,” “Wrapped in Red,” “Piece By Piece,” “Meaning of Life”), one greatest hits album and two children’s books (New York Times Top 10 best seller “River Rose and the Magical Lullaby” as well as the recent follow up “River Rose and the Magical Christmas”).