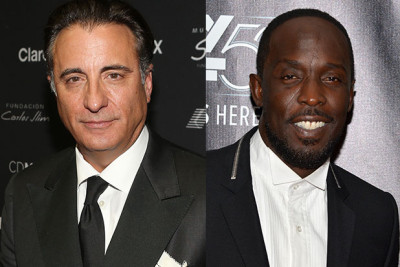 By Jeff Sneider And Matt Donnelly

“Ghostbusters”  has landed itself a high profile politician in Andy Garcia.

In addition, Pat Kiernan, the longtime morning anchor on New York City’s NY1 on Time Warner Cable, will stretch himself as a news anchor in the film.

Feig, who directed Wiig and McCarthy in the blockbuster “Bridesmaids,” has been teasing elements of the all-female reboot on social media — like updated jumpsuits in which the crew will battle supernatural pests, as well as new weapons called Proton Packs.

The film is based on the 1984 comedy of the same name that starred Bill Murray, Dan Aykroyd, Harold Ramis and Ernie Hudson as scientists who develop technology to trap ghosts.