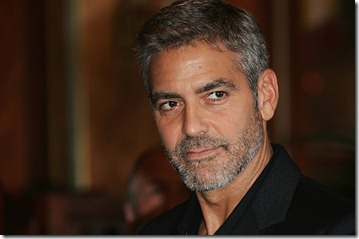 The Monuments Men, directed by and starring George Clooney, has begun production in Berlin. The film – which tells the story of the greatest treasure hunt in history – follows the platoon that was tasked by FDR to rescue art treasures stolen by the Nazis. The film features a cast of international stars, including: Matt Damon, Bill Murray, Cate Blanchett, Jean Dujardin, Bob Balaban, Hugh Bonneville and John Goodman.

The Monuments Men is scheduled for North American release on December 18, 2013. The official press release follows the jump.

DIRECTED BY AND STARRING GEORGE CLOONEY,

BERLIN, Ger., March 5, 2013 – Columbia Pictures and Twentieth Century Fox announced today that The Monuments Men, a Smokehouse production directed by and starring George Clooney, has started production in Berlin, Germany.  The action-thriller is written by Clooney & Grant Heslov, based on the book by Robert M. Edsel with Bret Witter.  Clooney and Heslov also produce the film through their Smokehouse Productions.  It is their first production since winning the Academy Award® for Best Picture for their work on Argo.  Barbara A. Hall is executive producer. The Monuments Men is a co-production with Germany’s Siebente Babelsberg Film GmbH, a subsidiary of Studio Babelsberg AG.  Charlie Woebcken, Christoph Fisser and Henning Molfenter serve as co-producers.  Sony Pictures will release the film domestically, with Twentieth Century Fox handling international territories.

Based on the true story of the greatest treasure hunt in history, The Monuments Men focuses on an unlikely World War II platoon, tasked by FDR with going into Germany to rescue artistic masterpieces from Nazi thieves and returning them to their rightful owners.  It would be an impossible mission: with the art trapped behind enemy lines, and with the German army under orders to destroy everything as the Reich fell, how could these guys – seven museum directors, curators, and art historians, all more familiar with Michelangelo than the M-1 – possibly hope to succeed?  But as the Monuments Men, as they were called, found themselves in a race against time to avoid the destruction of 1000 years of culture, they would risk their lives to protect and defend mankind’s greatest achievements.

The Monuments Men continues filming in Germany and the United Kingdom through the end of June.  It is scheduled for domestic release on December 18, 2013.