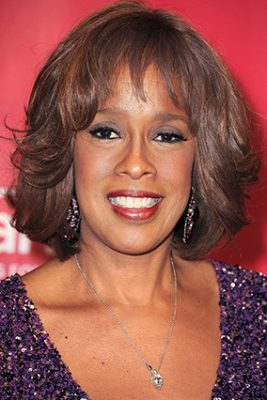 CBS This Morning co-host Gayle King will anchor Princess Diana: Her Life – Her Death – The Truth, a two-hour primetime special exploring the life and legacy of the global icon to be broadcast Monday, May 22nd (8:00-10:00 PM) on CBS.

CBS THIS MORNING co-host Gayle King will anchor PRINCESS DIANA: HER LIFE – HER DEATH – THE TRUTH, a two-hour primetime special exploring the life and legacy of the global icon to be broadcast Monday, May 22 (8:00-10:00 PM) on the CBS Television Network. The special will put to rest the many questions that still surround the crash that killed her.

This summer it will be 20 years since the death of Diana, Princess of Wales. To mark this significant anniversary, CBS News will deliver a broadcast that looks at the impact she had on Britain, the monarchy and the world.

Princess Diana captured the hearts and imaginations of a global audience that was mesmerized by her fairytale story, one they desperately wanted to believe, but it was not to be. Many of those hearts were broken when she died on August 31, 1997 in a horrific car crash in the Pont de I’Alma road tunnel in Paris.

The two-hour special, produced by the team at 48 HOURS, will take viewers on a journey through the night Princess Diana died and the four independent investigations in two separate countries that followed. While in the public eye, Princess Diana became a style icon and the face of a new monarchy; she led humanitarian efforts to save others; she became a mother; and eventually she became the obsession of the world’s press when her marriage fell apart. The special will look at Princess Diana’s life through her sons and their ability to embody the best of their mom.

PRINCESS DIANA: HER LIFE – HER DEATH – THE TRUTH will lead viewers into her unbelievable life and shocking end through new interviews with those who knew her best. The broadcast will also use the powerful and rich reporting of CBS News’ vast archives to introduce Princess Diana to a new generation with a fresh perspective.