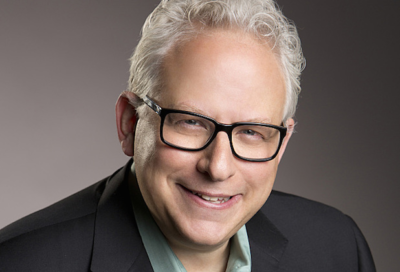 His legacy includes taking NCIS to the top of the ratings –  in America and worldwide – for television drama for five consecutive years.

Glasberg, known for his creativity, ever-present smile and kindness to all, was adored by his cast, crews and everyone who had the fortune of knowing him.

Glasberg was a devoted family man. He was married for 20 years to television producer and screenwriter, Mimi Schmir. They have two sons, Dash and Eli.

In 2009, Glasberg joined “NCIS” as a Co-Executive Producer and writer. Since 2011, he was the beloved and highly respected Showrunner of “NCIS,” which he led to become the #1 drama in the world and the #1 drama on U.S. television for five consecutive seasons. In 2014, he created the successful spinoff, “NCIS: New Orleans.”

He began his diverse writing career nearly 20 years ago, writing comic books and animation for companies such as Warner Bros., Disney, Nickelodeon, Fox and Hanna-Barbera. His additional television credits include “Shark” and “The Mentalist,” both on the Network, “Crossing Jordan,” “The $treet” and “Bones.”

Glasberg was born in New York City. In addition to his wife and sons, Glasberg is survived by his father, Edwin Glasberg, and his sister, Mindy Glasberg. A memorial service is being planned for later in October. The family kindly requests privacy at this time.

STATEMENT FROM THE “NCIS” CAST AND CREW:

“Gary was our rock, our cheerleader, our team captain. He inspired us with his leadership, his creative instincts and keen insight. ‘NCIS’ will not be the same without him, and each of us will miss his smiling face and unwavering humor, which lifted us every day.”

“Today is an overwhelmingly sad day for ‘NCIS,’ CBS and anyone who was blessed to spend time with Gary Glasberg. We have lost a cherished friend, gifted creative voice, respected leader and, most memorably, someone whose warmth and kindness was felt by all around him. Our heartfelt thoughts and sympathies go out to his wife, Mimi, his two sons and all his family and friends.”

“We are devastated by the passing of our dear friend and colleague Gary Glasberg. He epitomized the word mensch and brought kindness, integrity and class to everything he did. His remarkable talent as a writer and producer was only matched by his ability to connect with people. Gary was a beloved member of our family and we are so honored that he called CBS his home for so many years. Our hearts go out to his wife, Mimi, two sons, his entire family and all those who loved him.”