Game of Thrones’ Lena Headey will be voicing Sela Mathers, the lead character in the new animated series based on Zenescope Entertainment’s Grimm Fairy Tales comics. Check out the video announcement above and get more details from press release following the jump.

Zenescope Entertainment has announced that actress Lena Headey, star of the immensely popular HBO television series GAME OF THRONES, will be joining the Grimm Fairy Tales Animated Series to voice the lead character, Sela Mathers.  Lena’s extensive resume includes her role as Queen Gorgo in 300 and as Sarah Connor in TERMINATOR: THE SARAH CONNOR CHRONICLES.   This announcement comes on the heels of another talented actress, Briana Evigan (Step Up 2, Sorority Girls, The Devil’s Carnival), having joined onto the project last week.

The GRIMM FAIRY TALES Animated Series will be based on Zenescope Entertainment’s popular comic book series of the same name.  What makes this situation unique is that Zenescope has teamed with Titmouse Animation Studio and Director Jon Schnepp (Metalocalypse, The  Venture Bros.) to bypass the traditional film studio system by seeking funding  for the  animated series through popular website Kickstarter.com (http://kck.st/wjSM8D ).  The project is live on Kickstarter now until May 1st, 2012 and has a pledge goal of $175,000. 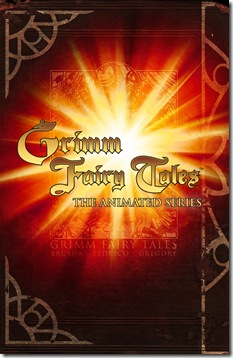 ‘We set the goal of the animated series at 175K because we wanted to give our fans and those supporting the Kickstarter a high-quality product,’ explains Zenescope Marketing Manager Stephen Haberman. ‘We’re hiring Titmouse, one of the premiere animation studios in the world, to handle the animation.  We have Jon Shnepp directing and now with Lena and Briana joining the project, we’re able to take it to another level.’

‘Crowd-funding can be a powerful tool.  We’ve seen some really fine projects funded through Kickstarter and it’s a game changer.’  Said Zenescope’s Editor-in-Chief, Ralph Tedesco ‘It gives us a chance to make this series the way our fans want to see it be made.  We’re about a third of the way there with funding and hopefully now with the all of the talent we’ve brought on board fans will see that this can be an amazing project to back.’

Here is a link to the video announcement: http://youtu.be/knLWr9YHfK0

About Grimm Fairy Tales
Grimm Fairy Tales is an ongoing horror/fantasy comic book series by Zenescope Entertainment that started publication in 2005.  The series presents reinventions of classic fairy tales with modern twists and expanded plots. The story revolves around Sela Mathers, a Professor of Literature who has been given the ability to drastically affect people’s lives by teaching them morality lessons through fairy tales.

About Zenescope Entertainment
Zenescope Entertainment was founded by Joe Brusha and Ralph Tedesco in 2005 and has quickly grown into one of the top comic book and graphic novel publishing companies in the world.  Zenescope’s Grimm Fairy Tales and subsequent spinoff series such as Escape From Wonderland, Neverland and The Piper, which put a dark twist on classic fables, are some of the best-selling and longest running original independent comic books on shelves today.   Zenescope’s licensed titles include the on-going, critically acclaimed Charmed series, based off of the long-running popular television series, as well as Se7en and Final Destination, based off of New Line Cinema’s successful film franchises.