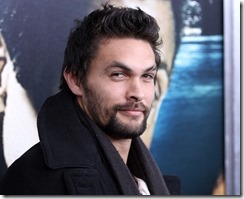 New York, NY – July 19, 2013 –Sundance Channel announced today that Jason Momoa (“Wolves,” Game of Thrones) has been cast in a lead role in the network’s next original scripted series “The Red Road” (formally “The Descendants”).  Today’s news comes on the heels of Emmy® announcements in which Sundance Channel received a record ten PrimeTime Emmy® nominations for its miniseries “Top of the Lake” and “Restless.”

As was previously announced, “The Red Road” has been picked up for six one-hour episodes and hails from acclaimed writer Aaron Guzikowski (Contraband, Prisoners) and veteran producer Sarah Condon (“Bored to Death”). The series will be executive produced by Guzikowski and Condon, and Bridget Carpenter (“Friday Night Lights,” “Parenthood”) will serve as executive producer and showrunner. “The Red Road” is Sundance Channel’s second wholly owned original scripted series; its first was the acclaimed “Rectify,” which returns for a second season in 2014

“The Red Road” is a hard-hitting drama that revolves around a sheriff struggling to keep his family together while simultaneously policing two clashing communities: the small town where he grew up and the neighboring Ramapo Mountains, home of the Ramapo Mountain Indians.  After a terrible tragedy and coverup occurs involving the sheriff’s wife, an unholy alliance is forged between the sheriff and a dangerous member of the tribe that will come back to haunt all involved.

Sundance Channel is the destination for What’s Next, Now.  Showcasing both today’s creative icons and the emerging talent of tomorrow, Sundance Channel tells bold stories with a fresh point of view. In addition to award winning films, Sundance Channel is home to daring new original programming. Launched in 1996 and owned and operated by AMC Networks Inc., Sundance Channel provides perspectives dedicated to founder Robert Redford’s mission to celebrate creativity.