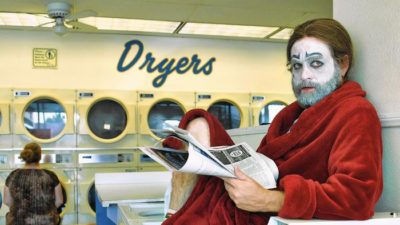 In season two, the Baskets family is at its most fragile. Losing his wife and his rodeo job, Chip (Zach Galifianakis) jumps on a train to get the hell out of Bakersfield, but a gang of gutter punks, the police, and a sudden death drag him right back into the drama he tried to escape. Dale’s (Zach Galifianakis) marriage crumbles as his unrequited love affair with Martha (Martha Kelly) deepens, and Christine (Louie Anderson), who dedicated her life to her sons with little affection in return, takes her own happiness into consideration for once —and finds romance on the way.

The cast of Baskets features Zach Galifianakis as twins “Chip” and “Dale Baskets,” Louie Anderson as “Christine Baskets” (Primetime Emmy Award winner for Outstanding Supporting Actor in a Comedy Series, Baskets, and two-time Daytime Emmy winner for Outstanding Performer in an animated Program, Life with Louie and The Louie Show), and Martha Kelly as “Martha.”