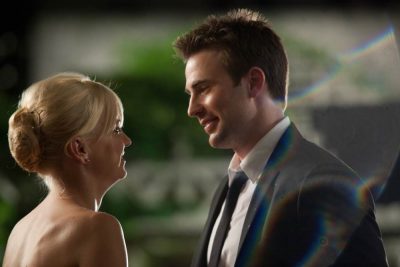 If you’ve had a romance that produced laughs, tears, a song  in your heart, or maybe even a thrill/chill/scare or two, Freeform’s Valentine’s Day Weekend Event probably has a movie for you.

Over the weekend leading up to Valentine’s day, Freeform will air a cross-section of films that fit all aspects of the holiday including: What’s Your Number? (comedy), Grease (musical), The Twilight Saga: Breaking Dawn 1 & 2 (thrills/chills, a bit of a care), a special edition of The Notebook (four-hankie alert!), and more.

The Romantic Marathon Includes the Freeform Premiere of ‘What’s Your Number?’ and a Special Edition Airing of ‘The Notebook’

Baby, it’s cold outside. What better way to spend Valentine’s Day weekend than snuggled up with your honey watching Freeform’s marathon of romantic movies, including the premiere of “What’s Your Number?,” and a special edition airing of “The Notebook,” starting SATURDAY, FEBRUARY 11 and continuing through SUNDAY, FEBRUARY 12.

Sara (Julia Stiles) wants to be a ballerina, but her dreams are cut short by the sudden death of her mother. She moves in with her father (Terry Kinney), who she has not seen for a long time, in the poor part of Chicago. She gets transferred to a new school where she is the only white girl there. Her life takes a turn for the better when she befriends Chenille (Kerry Washington). Later, she falls in love with Chenille’s brother, Derek (Sean Patrick Thomas).

Katherine Heigl and Josh Duhamel play polar opposites Holly and Eric. After a disastrous first date, the only thing they have in common is their dislike for each other and their love for their goddaughter, Sophie. But when they suddenly become all Sophie has in the world, they are forced to put their differences aside. Juggling career ambitions and competing social calendars, they’ll have to find some common ground while living under one roof – and deal with life as we know it.

In “The Twilight Saga: Breaking Dawn – Part 1,” Bella (Kristen Stewart) and Edward (Robert Pattinson), plus those they love, must deal with the chain of consequences brought on by a marriage, honeymoon and the tumultuous birth of a child…which brings an unforeseen and shocking development for Jacob (Taylor Lautner). “The Twilight Saga: Breaking Dawn – Part 1” repeats on Sunday, February 12, at 12:50 p.m. EST.

The astonishing conclusion to the series, “The Twilight Saga: Breaking Dawn – Part 2,” illuminates the secrets and mysteries of this spellbinding romantic epic that has entranced millions. The Cullen Clan and their allies must battle Aro (Michael Sheen) and his evil empire in order to save humanity.

Experience the friendships, romances and adventures of a group of high school kids in the 1950s. Welcome to the singing and dancing world of “Grease,” the most successful movie musical of all time. Wholesome exchange student Sandy (Olivia Newton-John), and bad boy leather-clad Danny (John Travolta) have a summer romance, but will it cross clique lines? “Grease” repeats on Sunday, February 12, at 6:10 p.m. EST.

Ally Darling (Ana Faris) embarks on a quest to find the best “ex” of her life, by any means necessary, when she reads a magazine article warning that people who have had 20 or more relationships have missed their chance at true love. Also starring Chris Evans and Blythe Danner.

Andie Anderson (Kate Hudson), a reporter for Composure Magazine, is assigned to write an article on the mistakes women make early in relationships. She decides to purposely go out, meet a guy, and promptly lose his interest within 10 days. Ben Barry (Matthew McConaghey) is an advertising executive and ladies’ man, who’s been told he knows nothing about love. To prove his boss wrong, and land a diamond campaign, Ben vows to meet a woman and make her fall in love with him within 10 days. So when Andie and Ben meet in a bar…

An elderly man (James Garner) in a nursing home begins reading a story to a female fellow patient (Gena Rowlands) to keep her company. The story is about a young couple (Ryan Gosling and Rachel McAdams) who share a stormy romance over a period of years. Deleted scenes have been added back into the movie in this special edition of the romantic classic.