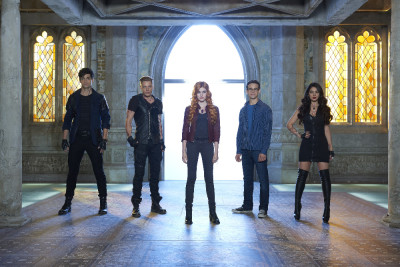 Freeform will making a big splash at New York Comic-Con 2017 – the network is planning panels for two hit shows (Shadowhunters and Beyond – both of which will feature footage from their upcoming seasons) and the world premiere of new series, Siren, which will be followed by a Q&A session.

Marvel’s Cloak & Dagger – along with the other three shows – will give fans a unique experience at Freeform’s activation zone.

As the network doubles down on genre programming, Freeform, Disney’s young adult television and streaming network, announced today that it will be presenting an unprecedented three hours of genre programming panels and screenings with cast and executive producers from several original series including “Shadowhunters,” “Beyond” and new original drama “Siren” at New York Comic Con on Saturday, October 7.

Returning hit series “Shadowhunters” and “Beyond” will debut exclusive, never-before-seen action-packed footage from the upcoming new seasons during back-to-back panels featuring executive producers and cast starting at 12:00 p.m. at The Theater at Madison Square Garden. New original series “Siren” will present its first episode in its entirety to the crowd, followed by a Q&A with cast and executive producers starting at 4:00 p.m. in Room 1A06.

Fans will also get a chance to experience “Shadowhunters,” “Beyond” and “Siren, as well as the highly anticipated series, “Marvel’s Cloak & Dagger,” by visiting the Freeform activation zone located right across from the Javits Center. The Freeform activation center will be open October 5–8 and located at the corner of 11th and 37th street. Additional details will be announced at a later date. 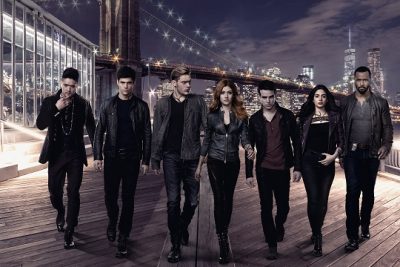 “Shadowhunters” and “Beyond”– Back-to-Back Panels

Fans will get an exclusive first look and hear teases of what is in store for our favorite Shadowhunters and Downworlders happening in the upcoming third season of the hit series “Shadowhunters.” The panel will include exclusive footage of the new season and a Q&A with executive producers Todd Slavkin, Darren Swimmer, Matt Hastings and TBD cast. 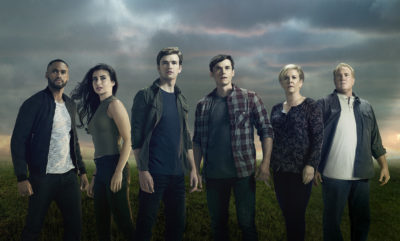 At the conclusion of “Beyond”’s thrilling first season, Holden seemingly completed his mission within the Realm, allowing him and Willa to return to their lives in our world. But in his attempt to now live a normal life, he must ask himself if a normal life is what he truly wants; and what if the Realm can still wreak havoc on Holden’s life and the lives of those he loves? The panel will include exclusive footage of the upcoming second season, and a Q&A with cast members Burkely Duffield, Dilan Gwyn and Eden Brolin, and executive producers Adam Nussdorf, Tim Kring and David Eick.

Exclusive “Shadowhunters” and “Beyond” NYCC posters designed by Marvel artists will be given out at the panel. 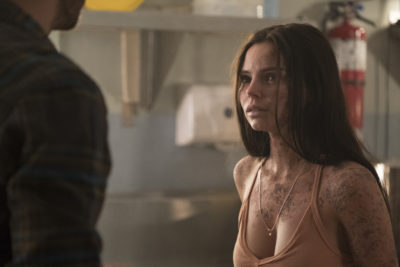 What if there was something sinister swimming beneath the sea’s surface? In Freeform’s new original drama “Siren,” the coastal town of Bristol Cove, known for its legend of once being home to mermaids, is turned upside down when a mysterious girl (Eline Powell) appears and begins wreaking havoc upon the quaint village. Using their resources, marine biologists Ben (Alex Roe) and Maddie (Fola Evans-Akingbola) must work together to find out who and what drove this mermaid out of her home, and are there more like her out there?

The panel will include the world premiere screening of the first episode, followed by a Q&A with cast members Eline Powell, Alex Roe, Fola Evans-Akingbola, Ian Verdun, and executive producers Emily Whitesell and Eric Wald. The panel will be moderated by TBD. Exclusive “Siren” NYCC poster designed by Marvel artists will be given out at the panel.

Please note all talent appearances are subject to change.