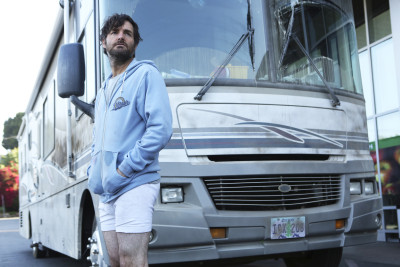 Phil Miller will be back in the fall. FOX has renewed Will Forte’s unique The Last Man On Earth for a second season. Follow the jump for details.

FOX RENEWS “THE LAST MAN ON EARTH” FOR A SECOND SEASON

FOX has picked up comedy series THE LAST MAN ON EARTH for a second season, it was announced today by David Madden, President, Entertainment, Fox Broadcasting Company.

“We knew we had something special with THE LAST MAN ON EARTH. It’s one of those rare shows that continues to add depth and dimension to its unique premise, week after week,” said Madden. “We are so thrilled that this incredibly bold, original and inventive series has been embraced by both fans and critics, and we cannot wait to see where the creative genius and inspired vision of Will, Phil and Chris take us in Season Two.”

In the next all-new, special one-hour episode of THE LAST MAN ON EARTH, “The Do-Over/Pranks for Nothin’,” airing Sunday, April 12 (9:00-10:00 PM ET/PT) on FOX, Phil Miller (Will Forte) finally has some good fortune headed his way.

From writer/producer Will Forte (“Nebraska,” “Saturday Night Live”) and directors/producers Chris Miller and Phil Lord (“The Lego Movie,”  “21 Jump Street”), THE LAST MAN ON EARTH chronicles the life and adventures of Phil Miller (Forte), an average guy – and humanity’s last hope – who discovers what life is like when no one is telling you what you can and cannot do. The series also stars Kristen Schaal, January Jones and Mel Rodriguez.

THE LAST MAN ON EARTH is produced by 20th Century Fox Television. The series is created and written by Will Forte. The pilot is directed by Phil Lord and Chris Miller. The series is executive-produced by Forte, Lord, Miller and Seth Cohen. “Like” THE LAST MAN ON EARTH on Facebook at facebook.com/TheLastManOnEarthFOX. Follow the series on Twitter @LastManFOX and join the discussion using #LastManOnEarth. See photos and videos on Instagram @lastmanfox.