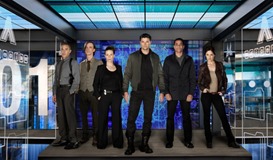 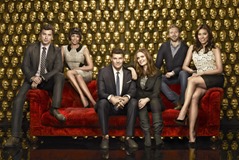 Fox has moved Almost Human’s premiere from November 4th to make it a two-night event and goose its potential audience by scheduling its first episode immediately after NFL on Fox on Sunday, November 17th. The series will then premiere in its regular timeslot on Monday, November 18th at 8/7C.

Bones, which usually airs in the 8/7C timeslot on Mondays will move to Fridays on November 15th. Returning half-hour comedy Raising Hope will return for its fourth season premiere airing of two episodes following Bones on the 15th. Follow the jump for the press release – including schedule updates.

ALMOST HUMAN is produced by Bonanza Productions Inc., in association with Bad Robot Productions and Warner Bros. Television. The series was created by J.H. Wyman, who wrote the pilot. The series is executive-produced by J.J. Abrams, Wyman and Bryan Burk. Kathy Lingg (“Person of Interest,” “Revolution,” “Fringe”) and Reid Shane (“Fringe”) are co-executive producers. Brad Anderson (“Fringe,” “The Killing”) directed and served as co-executive producer on the pilot. “Like” ALMOST HUMAN on Facebook at Facebook.com/AlmostHumanFOX. Follow the series on Twitter @AlmostHumanFOX and join the discussion using #almosthuman. See photos and videos on Instagram by following @AlmostHumanFOX.

(Times for All-New Episodes are ET/PT Except as Noted)

[EDITOR’S NOTE 1: The East Coast start time of ALMOST HUMAN on Sunday, Nov. 17, could change due to NFL ON FOX.]

[EDITOR’S NOTE 3: The season premiere of RAISING HOPE was previously announced to air on Nov. 8.]