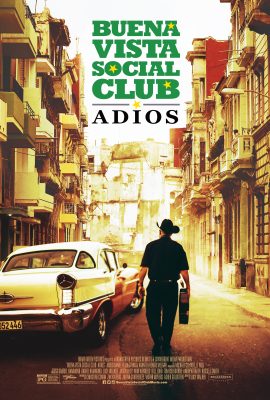 In 1997, Ry Cooder introduced the world to a group of Cuban musicians called The Buena Vista Social Club. Their vibrant, self-titled album was a global hit, and more followed.

Buena Vista Social Club: Adios will be in theaters on May 26th.