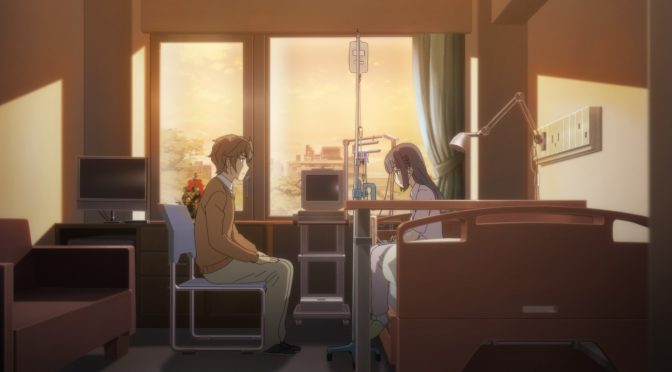 Aniplex of America and Funimation Films are partnering to bring Rascal Does Not Dream of a Dreaming Girl to the U.S. and Canada –  for two nights only – in October.

The film directly follows the conclusion of the anime series adapted from Hajime Kamoshida’s best-selling light novel Rascal Does Not Dream of Bunny Girl Senpai that explores the complexities of growing up in the modern age.

SANTA MONICA, CA AND FLOWER MOUND, TX (AUGUST 31, 2019) – Aniplex of America in partnership with Funimation Films proudly presents Rascal Does Not Dream of a Dreaming Girl, coming to select theaters in the U.S. on October 2 and 3 and in Canada on October 4 and 5. Based on Hajime Kamoshida’s best-selling light novel that explores the complexities of growing up in the modern age, the film picks up from where the immensely popular Rascal Does Not Dream of Bunny Girl Senpai TV series left off, as it unravels yet another peculiar case of the psychophysiological phenomenon known as the “puberty syndrome.” Rascal Does Not Dream of a Dreaming Girl is the only feature-length film of the fan favorite anime series, which has been widely praised for its authenticity and approach on relatable social topics plaguing millennials, such as cyber bullying, peer pressure and falling victim to false gossip and rumors. The film makes its way to over 200 theaters across the U.S. and Canada with advance tickets for the two-night engagement going on sale September 6. 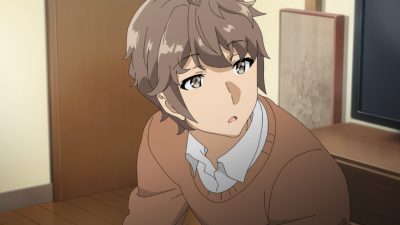 “We are thrilled to bring Rascal Does Not Dream of a Dreaming Girl to U.S. theaters,” says Shu Nishimoto, president of Aniplex of America. “The Rascal Does Not Dream series has taught us the importance of kindness and compassion; and the film is somewhat a love letter to all the fans who followed the TV series. As the truth behind some unanswered questions fans had during the series are revealed, fans will find themselves both laughing and crying in theaters as our protagonist faces his most challenging predicament.”

“We are very proud to partner with Aniplex of America to bring this touching film to North American audiences,” said Colin Decker, general manager of Funimation. “The story and themes are timeless and will appeal to fans of the series and first-time viewers alike.” 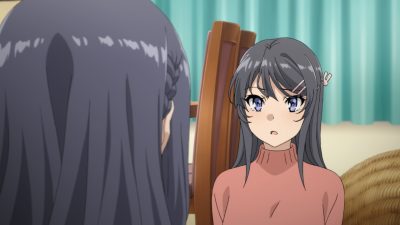 Rascal Does Not Dream of a Dreaming Girl stars popular voice actor Kaito Ishikawa (My Hero Academia, Haikyu!!, One Punch Man) as the main character, Sakuta Azusagawa, who finds himself in an unpleasant dilemma of having to house his first love and childhood crush, Shoko Makinohara, voiced by Inori Minase from The Anthem of the Heart and Re:ZERO, due to the mysterious “puberty syndrome,” which is causing two Shoko-s to exist – an adult Shoko and a middle school Shoko. With the help of his beloved girlfriend, Mai Sakurajima, voiced by Asami Seto from Chihayafuru and Bungo Stray Dogs, Sakuta must unravel the cause behind this “puberty syndrome.”

Produced by CloverWorks (The Promised Neverland, PERSONA5 the Animation), the film is directed by Soichi Masui, with screenplay by Masahiro Yokotani (Free!, Re:ZERO – Starting Life in Another World – ), and character design by Satomi Tamura (Saekano: How to Raise a Boring Girlfriend, Kiznaiver) who also serves as chief animation director. The film premiered in Japan on June 15 and grossed over $3.7 million (JPY) in ticket sales. 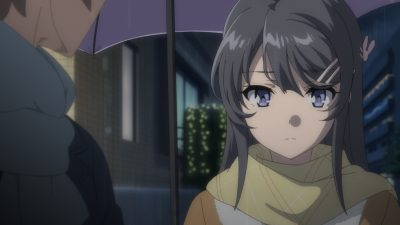 Since premiering in October 2018, the TV series has garnered much critical acclaim including being featured in both Polygon and Thrillist’s list of “The Best Anime of 2018.” The series was also voted Anime Trending Award 2019’s “Romance Anime of the Year,” “Supernatural Anime of the Year” and “Best in Adaptation” in addition to winning “Best Girl Award” for heroine Mai Sakurajima at the Crunchyroll Anime Awards 2019.

Aniplex of America recently announced that they will be releasing the complete Blu-ray set of the TV series, Rascal Does Not Dream of Bunny Girl Senpai, on November 19. All episodes of the series are also currently available on FunimationNow, Crunchyroll, and Hulu. 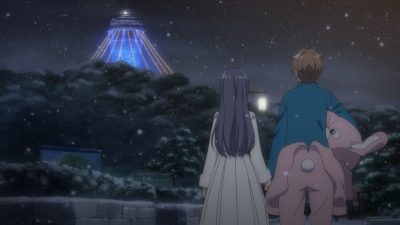 About Rascal Does Not Dream of a Dreaming Girl:

In Fujisawa, where the skies are bright and the seas glisten, Sakuta Azusagawa is in his second year of high school. His blissful days with his girlfriend and upperclassman, Mai Sakurajima, are interrupted with the appearance of his first crush, Shoko Makinohara. For reasons unknown, he encounters two Shokos: one in middle school and another who has become an adult.

As Sakuta finds himself helplessly living with Shoko, the adult Shoko leads him around by the nose, causing a huge rift in his relationship with Mai.

In the midst of all of this, he discovers that the middle school Shoko is suffering from a grave illness and his scar begins to throb…