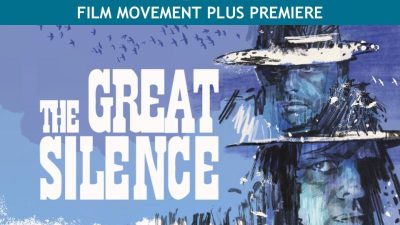 Films about the behind-the-scenes drama at the Paris Opera; one of the greatest spaghetti westerns ever made, and a Hitchcockian psychological drama are the featured premieres for December on Film Movement Plus.

Plus, the streaming service puts the spotlight on Romy Schneider with a trilogy of romances known as the Sissi Collection. 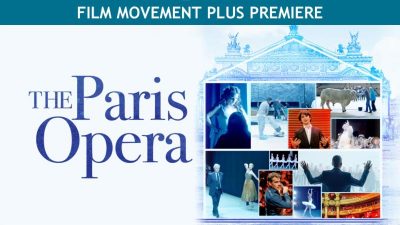 As the 13th season of Met Opera theatrical broadcasts gets underway, opera fans interested in getting an up-close-and-personal look backstage at one of the world’s greatest opera houses should see THE PARIS OPERA, which Sheri Linden of The Los Angeles Times called “a well-observed vérité portrait of a major cultural institution”. Sweeping in scope yet full of intimate moments, this fascinating documentary offers a candid look behind the scenes of one of the world’s foremost performing arts institutions. Over the course of one tumultuous season, director Jean-Stephane Bron nimbly juggles multiple storylines – from ballet and opera rehearsals, to strike negotiations, last minute crises and ticket disputes – revealing the dedication of the talented personnel who bring breathtaking spectacles to the stage night after night. (2016, 111 minutes, French with English subtitles)

“At its most fun, The Paris Opera functions as a stealth
backstage chronicle”
— Ben Keningsberg, The New York Times

“A must for opera fans”
— G. Allen Johnson, The San Francisco Chronicle

Film Movement recently commemorated Director Sergio Corbucci’s landmark spaghetti western with a new 2K restoration and the film’s North American Theatrical Premeire. Now, via Film Movement Plus, movie lovers will have access to Corbucci’s bleak, brilliant and violent vision of an immoral, honorless west, widely considered to be among the very best and most influential Euro-Westerns ever made.

On an unforgiving, snow swept frontier, a group of bloodthirsty bounty hunters, led by the vicious Loco (Klaus Kinski Nosferatu, For a Few Dollars More) prey on a band of persecuted outlaws who have taken to the hills. As the price on each head is collected one-by-one, only a mute gunslinger named Silence (Jean-Louis Trintignant The Conformist) stands between the innocent refuges and the greed and corruption that the bounty hunters represent. But, in this harsh, brutal world, the lines between right and wrong aren’t always clear and good doesn’t always triumph. Featuring superb photography and a haunting score from maestro Ennio Morricone, THE GREAT SILENCE rides onto SVOD for the very first time. (1968, 105 minutes, Italian with English subtitles)

“The greatest spaghetti Western ever made.”
— Alex Cox, director of Sid & Nancy and Repo Man 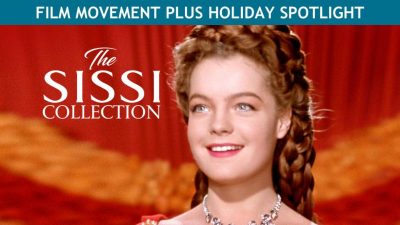 In celebration of the birthday of the actual “Sissi” – Elisabeth of Austria (December 24, 1837), Film Movement invites movie lovers of all ages to screen the timeless and beloved SISSI films starring Romy Schneider, who vaulted to international stardom through these lavish productions.

In SISSI (102 minutes, German with English subtitles), the title tale from 1955, viewers embraced the 16 year-old Sissi as she traveled with her mother to the Austrian court in Ischl, where the engagement between her sister Helene and the young emperor Franz Josef (Karl Boehm) was to be announced. Unfortunately for Helene, he falls for Sissi after meeting her while out fishing. Sissi is also romantically engaged, but marriage comes with a price — Archduchess Sophie, his arrogant and headstrong mother! The sequel, SISSI: THE YOUNG EMPRESS (1956, 107 minutes, German and Hungarian with English subtitles) follows the magnificent imperial wedding in Vienna and finds Sissi settling down to everyday life as empress. Unfortunately, the strong-willed Sissi and her domineering mother-in-law cannot see eye to eye, and the conflict is heightened with the birth of a daughter. Ultimately, a truce is brokered and the young couple head from Hungary where they are crowned King and Queen. In the final film in the beloved trilogy, SISSI: THE FATEFUL YEARS OF THE EMPRESS (1957, 109 minutes, German and Hungarian with English subtitles), Sissi has proven her ability to not only handle affairs of state but also her mother-in-law. But as the Queen travels to Hungary in an effort to calm the insubordinate nobility, Archduchess Sophie again causes trouble for her daughter-in-law.

“Glittering Splendor…Schneider is a sight to behold.”
— The New York Times 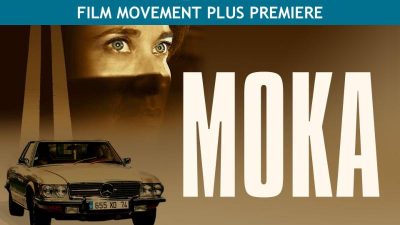 Overwhelmed with grief and desperate for answers, Diane Kramer (Emmanuelle Devos) travels to Evian in search of the mocha-colored Mercedes that she believes killed her son in a hit-and-run accident. There, she tracks down Marlene (Nathalie Baye), a beauty salon proprietor and owner of the vehicle. In order to get closer to her, Diane pretends to be a potential buyer for the car, but the path of revenge is more tortuous and complicated than it seems. Adapted from Tatiana de Rosnay’s bestselling novel, MOKA is a moody, riveting psychological thriller, which is “a first-rate showcase for two of French cinema’s finest actors” (The New York Times). (2016, 90 minutes, French with English subtitles)

About FILM MOVEMENT PLUS

FILM MOVEMENT PLUS opens up a world of provocative, compelling and award-winning films from Film Movement’s singular library. Priced at $5.99 per month with a free 14-day trial, the SVOD subscription service, currently available on Roku, Apple TV, Amazon Fire, Android TV, mobile (iOS and Android), and Chromecast, offers consumers immediate access to 250 festival favorite feature films and 100 short films, including: THEEB, the 2016 Academy Award® nominee for Best Foreign Film; AFTER THE STORM, a powerful family drama from 2018 Palme d’Or winner Hirokazu Kore-eda; HUMAN CAPITAL, a political thriller from Paolo Virzi (The Leisure Seeker) that was Italy’s Best Foreign Film submission for the 87th
Academy Awards® and MY LOVE, DON’T CROSS THAT RIVER, an unforgettable documentary about true love that transcends generations and cultures and is South Korea’s most successful film of all time. Classics from the Film Movement catalog include Bille August’s PELLE THE CONQUEROR, an Academy Award® winner for Best Foreign Language Film in 1996 and much more.