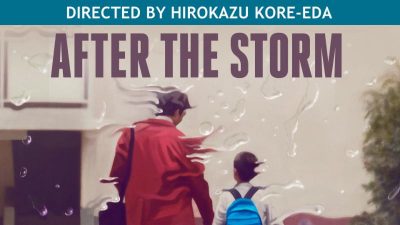 Film Movement+ – a streaming service that provides access to quality films from around the world (like Hirokazu Kore-Eda’s After the Storm) – will be offering 6-month subscriptions at 50% off for one week, beginning Cyber Monday. 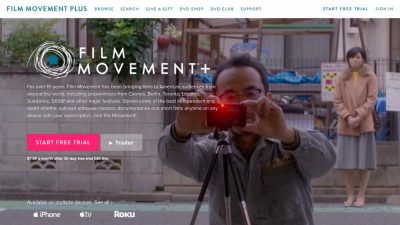 Movie Lovers Using the Promo Code FMP6, Gain 24/7 Access to a
Deep, Award-Winning Catalog Featuring 350+ Features and Shorts
from Around the World, Including Hirokazu Kore-eda’s Acclaimed
AFTER THE STORM, Oscar® Winners ANTONIA’S LINE &
PELLE THE CONQUEROR and Many More!

New York, NY (November 23, 2018) – Film Movement Plus, the newly launched SVOD service opens up a dazzling world of provocative, compelling and award-winning films for cinephiles across the country. Beginning Cyber Monday, they will launch a one-week-only flash sale, offering a 6-month subscription for 50% off! Typically $5.99 per month, Film Movement Plus will offer the 24/7 multi-platform streaming service featuring some of the very best independent and world cinema, cult and arthouse classics, documentaries and short films from around the world for less than a cup of coffee!

From November 26-December 3rd, movie lovers subscribing with the special promotional code FMP6 will have access to more than 500+ exclusive hours of carefully curated content, including AFTER THE STORM, a powerful family drama from 2018 Palme d’Or winner Hirokazu Kore-Eda, being highlighted on the service on November 23rd, the same day his latest celebrated release, SHOPLIFTERS, hits the theaters. A Certified Fresh® award winner and an Official Selection of Un Certain Regard at Cannes, AFTER THE STORM garnered raves during its theatrical run, prompting Robbie Collin of The Daily Telegraph to state, “Even long-standing fans of the Japanese filmmaker might be taken aback by the supreme subtlety of his latest, achingly beautiful ode to the quiet complexities of family life.”