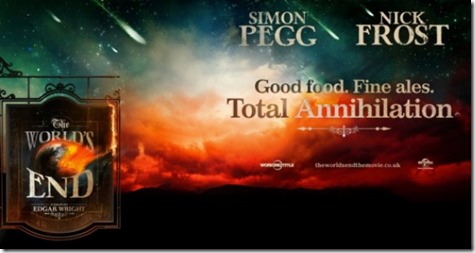 Edgar Wright’s The World’s End might the final entry in the so-called Cornetto Trilogy, but there’s a lot more than that going on in it. Wright and stars Simon Pegg and Nick Frost talk about some of the movie’s themes in a new featurette, Not What It Used To Be (as in ‘The future…’).

Check it out after the jump. The World’s End premieres on August 23rd.