Blythe Danner has been cast in a recurring role as a Greek goddess (typecasting?) for season three of American Gods. 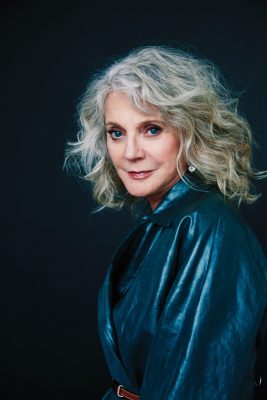 Danner, currently set for four episodes, will play Demeter, the Greek goddess of the harvest who has an unresolved romantic history with Mr. Wednesday. However, Wednesday has a bigger obstacle to overcome if he wants her help in his war effort—her involuntary commitment to a mental institution.

“It is a rare privilege to be working with Ms. Blythe Danner, a dear friend, inspiration, and national treasure,” said executive producer Chic Eglee. “She is our muse in crafting the role of Demeter, since no one else can bring such ethereal beauty and grace to the portrayal of a goddess.”

About “American Gods” Season 3
“American Gods” chronicles a war brewing between the Old Gods of ancient mythological roots and the New Gods of modern technology. Ex-con Shadow Moon has spent two seasons following his mysterious boss Mr. Wednesday (aka the Norse All-Father Odin) around the country, only to discover at the end of last season that the Old God is actually his father.