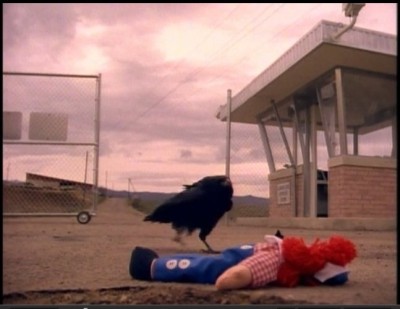 After a deadly plague kills most of the world’s population, the remaining survivors split into two groups – one led by a benevolent elder and the other by a maleficent being – to face each other in a final battle between good and evil.

The residents of a small town begin to obey a summons one by one, following the eerie light glowing from out of the woods.

On a cross-country red-eye flight from Los Angeles to Boston, ten passengers awaken to find that the crew and most of their fellow passengers have disappeared.

El Rey Network is a 24-hour English language network founded by maverick filmmaker Robert Rodriguez.  Curated by Rodriguez and his artistic collective, the network unites “the new mainstream” through badass content that awakens the renegade in everyone.  El Rey’s action-packed slate is anchored by signature series including the original drama, “From Dusk Till Dawn: The Series” which returns for a second season in summer 2015, the one-on-one interview program, “El Rey Network Presents: The Director’s Chair” and “Lucha Underground,” a freestyle wrestling series from Mark Burnett. El Rey Network’s lineup also showcases a wide range of iconic feature films and TV series including grindhouse genre, cult classic action, and horror/sci-fi.  El Rey Network LLC  is jointly owned by Robert Rodriguez and FactoryMade Ventures with a minority stake held by Univision Networks & Studios, Inc.