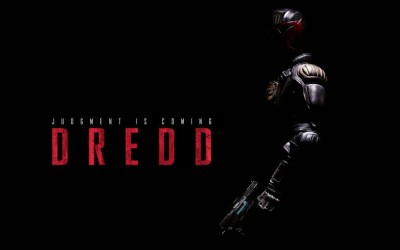 Fans of Judge Dredd and the most recent film version, DREDD (which was rated 78% Fresh at Rotten Tomatoes), have shifted their focus from film to television. The fans behind the Make a DREDD Sequel campaign will now being targeting well-regarded TV producers and outlets like Amazon Prime, Netflix, HBO and other producers of premium TV with the message ‘Bring Back DREDD’.

To that end, the current petition – which already has 136,000 signatures – will be repurposed with the new campaign title. Superfans Frank Palmer and Brian Ritchie are calling on new fans – who have found DREDD through online, DVD, Blu-ray and premium TV – to sign the petition in hopes of seeing Judge Dredd in new adventures. They envision the kind of response that earned Daredevil and Jessica Jones critical and popular acclaim. For more, follow the jump.

The fans behind the ‘Make A DREDD Sequel’ campaign for a follow-up to the 2012 movie starring Karl Urban are calling on TV producers to pick up the franchise.

Superfans Frank Palmer and Brian Ritchie are calling their campaign ‘Bring Back DREDD’, and are hoping to apply pressure to Netflix, Amazon Prime, HBO, and other TV producers.

They’re calling on fans to sign the petition – which already stands at 136,000 names – calling for more media based on the Pete Travis and Alex Garland movie, whose dedicated fanbase has continued to grow online as more people discover the hard-edged sci-fi thriller starring Karl Urban, Olivia Thirlby, and Lena Headey through DVD, Blu-Ray, and streaming services.

They believe that the success of series such as Daredevil and Jessica Jones proves the market for adult-orientated sci-fi, which Dredd provided in spades.

The petition can be signed at www.2000ADonline.com/dreddsequel

The campaign’s Facebook page at www.facebook.com/bringbackdredd now has more than 100,000 supporters while Karl Urban and Olivia Thirlby have both sent the campaign messages of support.

Frank Palmer said: “When Brian and I first began the ‘Make A DREDD Sequel’ page on Facebook we never dreamt we’d get this level of support from fellow fans. And when 2000 AD got in touch to say they’d like to support us, it was a dream come true and the petition we started has gone on to number 136,000 names.

Last year’s annual Day of Dredd event was our biggest ever, with the campaign going viral on Twitter and Facebook, and thousands upon thousands of people buying the DVD and Blu-Ray to show there’s a market for more from the world of the 2012 movie!

“For a while now we’ve thought about broadening the campaign out – so with things having gone quiet on the possibility of a movie sequel, we’ve decided to take the fight to the TV producers who have done such good jobs with other comic book properties such as Daredevil and Jessica Jones.

“We’ve discussed this with 2000 AD and they’re happy for us to shift our focus to campaigning for a Judge Dredd TV series in the style of the movie. We’re relaunching the petition and we call on all fans of DREDD to join 136,000 other people in calling for people with the vision and the finance to make it happen to step up and give us what we want.

“In the next few days we’ll be organising activities so that people can lobby companies such as Netflix, Amazon Prime, and HBO, and show their support as we all say – “Bring Back DREDD!”!”

Jason Kingsley, co-owner of Rebellion and 2000 AD, said: “What Frank and Brian have achieved over the last three years has been incredible – they’ve kept the fires burning and their decision to open out the campaign to include TV AND films is a sensible one. Who amongst us wouldn’t want to see a DREDD series from Netflix or Amazon? I wish them all the best and thank them for keeping the faith. In the meantime, we’ve been doing – and will continue to do – all we can to give the fans what they want, which is more from the incredibly rich world of Judge Dredd.”