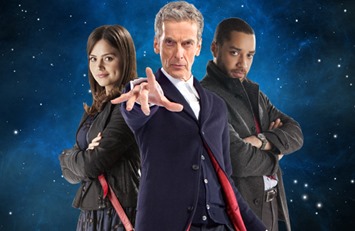 ‘I’m The Doctor. I’ve lived for over two thousand years. I’ve made many mistakes. It’s about time I did something about that.’

In the new trailer for season eight of the new Doctor Who (and it will always be ‘the new Doctor Who’ to those of us who’ve been watching since William Hartnell first introduced himself as The Doctor), it seems like The Doctor is a bit darker and more self-aware (in some areas, at least) than many of his predecessors. Sounds intriguing to me.

Doctor Who returns to BBC America on Saturday, August 23rd. Check out the new trailer after the jump.