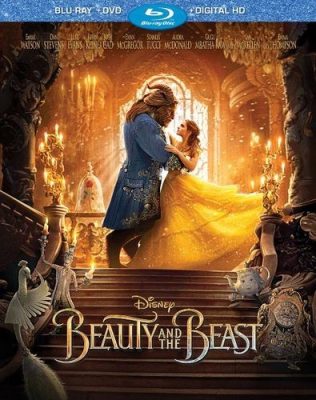 Disney’s juggernaut Beauty and The Beast is coming home to Blu-ray next week – June 6th. Of course there are a million exclusive editions! Steelbook version at Best Buy that’s $29 (are you kidding me?), a Target exclusive that includes a 32 page book and blah, blah. Come on Disney, stop screwing people. If I can’t get a full proper packaged version from ANY store, without feeling like I’m missing out on something, then screw them, I’ll just get the digital version and call it a day. I’m not jumping through hoops for this. I’m sure I probably won’t get my customary free copy after they read this. But honestly, Disney, you know I love you, but stop pulling this stupid crap.

Where the heck is the 4K release? I remember walking out of the screening and telling the Studio Rep that this will look AMAZING in 4k HDR. I suspect the reason Disney is dragging their feet is because of Disney Movies Anywhere and they can’t go 4K until they figure out how they are going to charge for digital upgrades. I have over 100 DMA titles, so I’d personally like an easy upgrade path. They also built an amazing eco-system for DMA and all their partners (Microsoft, Vudu, AppleTV, etc) will also need to update their services to fully support 4K HDR as well. So unlike the other studios, it won’t be as easy to switch over to 4K HDR like the other studios.

Anywho, the Blu-ray and peasant approved DVD version is coming out June 6th. Can’t wait to watch it on my TV which upsacales to 4k. Ha, take that Disney! 🙂  After this write-up the great mouse will take away my promised copy, but I call it like I see it and this is just a poor way to treat your customers. You already made a billion dollars! Let us buy a proper Blu-ray package without dealing with this store exclusive nonsense. Check out these two new clips.