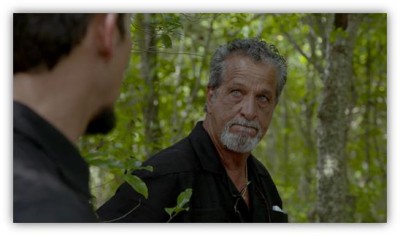 Killing Fields – Discovery’s unique true crime series that follows an active/real criminal investigation – has been given the greenlight for a second season.

The series has grown its audience week to week in key measures, so the renewal should not be considered a surprise.

Killing Fields airs on Discovery Tuesdays (10/9C) and concludes its first season on February 9th. Follow the jump for more.

(Los Angeles, Calif.) – Discovery announced today that it has ordered a minimum of six episodes of its critically-acclaimed true crime series KILLING FIELDS. As the network’s first-ever venture into the true crime genre, KILLING FIELDS is having great success. Discovery teamed up with Sirens Media, a Leftfield Entertainment Company, which is known for its work in the crime space in non-scripted television. The series had a strong debut and continues to grow week to week across key measures. The series also has cemented Discovery as the #1 unscripted general entertainment cable net in the 10 PM hour across key demos with last week’s episode setting new ratings highs among both men and women.

“This is not your typical true crime series,” said Rich Ross, Group President of Discovery Channel, Animal Planet and Science Channel. “It is uniquely Discovery by allowing viewers to experience what it’s like to track an active and real criminal investigation.”

KILLING FIELDS airs Tuesdays at 10 PM ET/PT on the Discovery Channel with its season finale set for February 9.

KILLING FIELDS is produced for Discovery Channel by Sirens Media, a Leftfield Entertainment Company.  For Sirens Media, Executive Producers are Rebecca Toth Diefenbach, Valerie Haselton Drescher and Lucilla D’Agostino. For Discovery Channel, Denise Contis and Joseph Schneier are Executive Producers with Max Micallef as Coordinating Producer. To learn more, go to www.discovery.com, on Facebook at Facebook.com/discovery and on Twitter @Discovery.

About Discovery Channel
Discovery Channel is dedicated to creating the highest quality non-fiction content that informs and entertains its consumers about the world in all its wonder, diversity and amazement. The network, which is distributed to 100.8 million U.S. homes, can be seen in 224 countries and territories, offering a signature mix of compelling, high-end production values and vivid cinematography across genres including, science and technology, exploration, adventure, history and in-depth, behind-the-scenes glimpses at the people, places and organizations that shape and share our world. For more information, please visit www.discovery.com