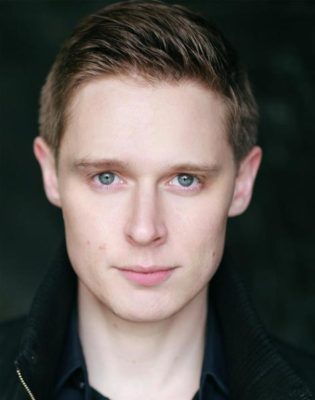 NEW ADDITIONS TO THE CAST ANNOUNCED

Vancouver, BC – May 24, 2016 – BBC AMERICA announced today the start of production on its highly anticipated new series, Dirk Gently’s Holistic Detective Agency. Penned by Max Landis and from the producers of The Walking Dead, the series is a comedic thriller that follows the bizarre adventures of eccentric “holistic” detective Dirk Gently (Samuel Barnett) and his reluctant assistant Todd (Elijah Wood). This season, Dirk and Todd wend their way through one big, seemingly insane mystery, crossing unlikely paths with a bevy of wild and sometimes dangerous characters, each episode landing them a few random steps closer to uncovering the truth.  The series is an adaptation of Douglas Adams’ (Hitchhiker’s Guide to the Galaxy) wildly successful comic novels, Dirk Gently’s Holistic Detective Agency, and is set in the unexpected world of the hyper, absurd, eponymous detective. Filming in Vancouver runs through August and the series premieres Fall 2016 on BBC AMERICA.

“Douglas Adams might have said we ended up with the cast we were meant to have.  I’d add we’re extremely happy about it,” said showrunner Robert Cooper.

The latest additions to the cast include: Jade Eshete as Farah Black, the athletic, self-doubting, bad-ass, hyper competent but utterly anxious Security Officer to a billionaire; Mpho Koaho as Ken, a nerdy, friendly-faced tech trapped in increasingly difficult and bloody circumstances; Fiona Dourif as Bart Curlish, the terrifying, homicidal, deranged, fearless and nearly invincible self-identified “Holistic Assassin”; Michael Eklund as Martin, violent ring leader of the Rowdy 3 with an inexplicable sensitive side; Miguel Sandoval as Colonel Scott Riggins, beleaguered CIA head of a defunct secret bureau investigating the paranormal; Dustin Milligan as Sergeant Hugo Friedkin, Riggin’s subordinate,  unpredictable, wildly ambitious and dangerous moron; and Aaron Douglas as Gordon Rimmer, an enigmatic loser with an impressive series of horrible secrets.  Also joining the inaugural season is Neil Brown Jr. as Estevez and Richard Schiff as Zimmerfield, missing person’s detectives operating increasingly off book as they follow the trail of a complex and mystifying case.  Additional casting for the series will continue over the course of production. ?

When asked about casting, show creator Max Landis responded: “I couldn’t be happier. We got such wonderful actors, it’s really a shame we’re killing so many of the characters.”

Dirk Gently is the newest addition to BBCA’s scripted slate including Doctor Who, Orphan Black, Thirteen, Undercover, The Living and The Dead, London Spy, Luther and Class.