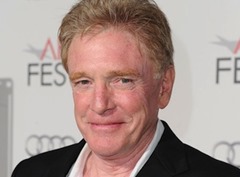 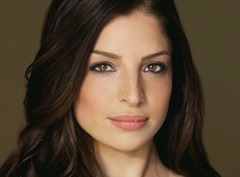 Defiance is currently in production and returns to Syfy in June 2014. The official press release follows the jump.

NEW YORK – September 5, 2013 – Syfy announces additional casting for Season 2 of its highly-rated and groundbreaking drama series, Defiance.  William Atherton signs on to portray high-ranking Earth Republic official Viceroy Mercado and Anna Hopkins has inked the role of Earth Republic soldier and documentarian Jessica “Berlin” Rai.  Slated for a June 2014 launch, production is currently underway in Toronto, ON for the 13-episode second season of the ambitious series, which delivered an average of 1.5 million viewers 18-49 and 3.2 million total viewers in its first season, based on Live +7 data. Defiance is produced by Universal Cable Productions.

Atherton steps into the supporting role of the jaded, Earth Republic official Viceroy Mercado, Major Pottinger’s (James Murray) commanding officer.  Mercado is ruthless, quick tongued and sarcastic, fond of peppering his sentences with obscure old Earth cultural references and mocking younger subordinates for being too young to understand. He sees Pottinger for the manipulative person he is, but grudgingly admits the man gets results.  Mercado also has a dark secret that would shock his colleagues and the townspeople of Defiance.

Atherton attended the Drama School at Carnegie Tech and began his career on the New York stage working with many of the country’s leading playwrights including David Rabe, John Guare and Arthur Miller.  He got his big break playing hapless fugitive Clovis Poplin in Steven Spielberg’s The Sugarland Express.  After this, he garnered major roles in dark drams such as The Day of the Locust and Looking for Mr. Goodbar, as well as the big-budget disaster film The Hindenburg.  He also starred as cowboy Jim Lloyd in the groundbreaking 1978 miniseries Centennial.  Atherton’s other film credits include Ghostbusters, Real Genius, Die Hard, No Mercy, The Pelican Brief and The Last Samurai.  He has also made guest appearances on numerous TV shows including Desperate Housewives, Law & Order, Boston Legal and Monk.

Hopkins joins the cast as the sexy, tough and fearless Jessica “Berlin” Rai, an Earth Republic soldier and documentarian who makes propaganda films that shine a positive light on the Earth Republic occupation of Defiance.  Berlin believes in her films’ messages having grown up during the lawless and volatile years of the Pale Wars, and now seeing the government as a means to protect and unite by any means necessary.  Sexy and confident, Berlin becomes the center of a passionate love triangle.  Hopkins is a Montreal native and holds a Communications degree from Concordia University.  She jumped into the acting scene in 2005 with a role in the film Barney’s Version alongside Dustin Hoffman and Paul Giamatti.  She has also had appearances in television’s Nikita, Law & Order and Stephen King’s Dead Zone, as well as in the TV movies Human Trafficking, Too Young to Marry and Circle of Friends.

Atherton and Hopkins join the previously announced James Murray as new cast additions to season two of the series.  Murray will portray the integral role of Pottinger, the new mayor of Defiance.

As the story of Defiance resumes, the lives of the townspeople are in drastic turmoil.  The Earth Republic has assumed control of the town, with far-reaching consequences including a new mayor.  Nolan traverses the badlands to find a lost Irisa, Amanda has an unexpected new role in the town as she searches for Kenya and the Tarr family desperately tries to keep control of their criminal empire in the midst of dramatic changes.