Nashville’s annual music festival, Live on the Green, is set to run on Thursday nights on August 11, 18 & 25 and Thursday-Saturday, September 1-3. 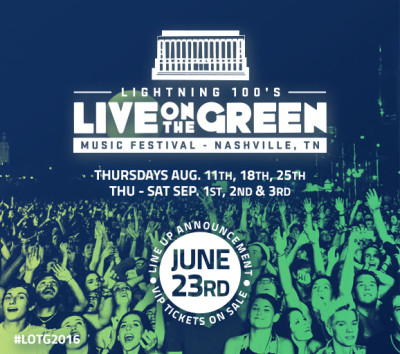 We are excited to announce the return of the Live On The Green Music Festival to Public Square Park! Now in our eighth year, Live On The Green will take place Thursdays, August 11, 18 and 25, with the weekend finale planned for Labor Day weekend, September 1, 2 and 3. The 2016 artist lineup and schedule will be announced on June 23rd, with VIP tickets and packages available the same day. Stay tuned!

For more information, visit us online at www.liveonthegreen.com 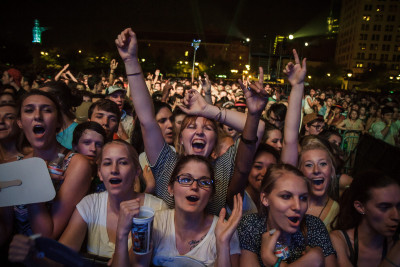 ABOUT LIVE ON THE GREEN MUSIC FESTIVAL
Produced and presented by WRLT Lightning 100.1 FM, Live On The Green is a free outdoor music festival held at Public Square Park in Nashville, TN. The Festival showcases the city’s emerging musical talent and highlights well-known national acts. Since its inception in 2009, over 425,000 fans from 45 states and 13 countries have attended the event. The festival has hosted more than 140 performing artists, including Alabama Shakes, Cage The Elephant, Passion Pit, Ben Folds, The Head And The Heart, Rodrigo y Gabriela, Band of Horses, Cold War Kids, City and Colour, Matt & Kim, Michael Franti & Spearhead, Matt Nathanson, Ingrid Michaelson, The Wallflowers, Citizen Cope, The Wailers and more. 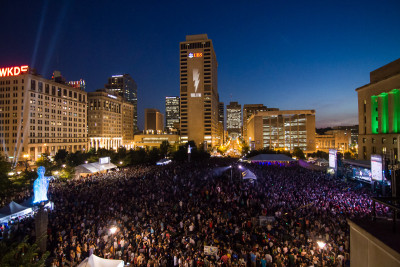 THANKS TO OUR SPONSORS!