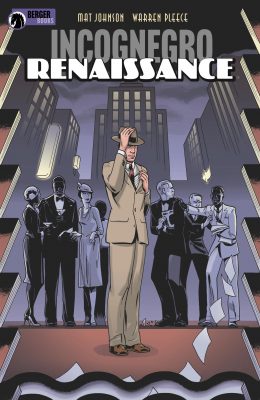 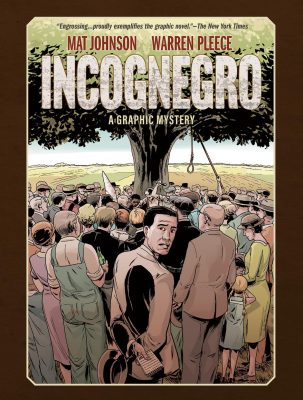 Incognegro: Renaissance is a prequel to Incognegro and follows cub reporter Zane Pinchback through the glittering nightlife of the Harlem Renaissance as he goes undercover, passing as white, for the first time.

The first issue of Incognegro: Renaissance will go on sale on February 8th, 2018 – and is now available for pre-order. 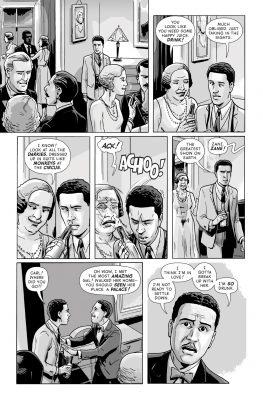 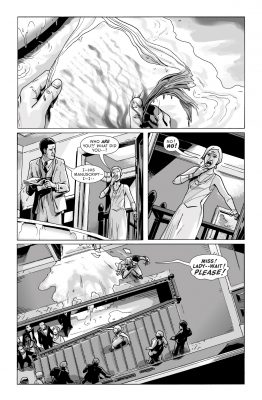 Incognegro: Renaissance is a new prequel series that follows cub reporter Zane Pinchback through the glittering nightlife of the Harlem Renaissance as he goes undercover, passing as white, for the first time. When a black writer is found dead at a scandalous interracial party in 1920s New York, Zane is the only one determined to solve the murder. Zane goes “incognegro” for the first time to bring the murderer to justice. With a cryptic manuscript as his only clue, and a mysterious and beautiful woman as the murder’s only witness, Zane finds himself on the hunt through the dark and dangerous streets of “roaring twenties” Harlem.

The tenth-anniversary edition of Incognegro: A Graphic Mystery finds Zane Pinchback going “incognegro” to investigate the arrest of his own brother who is charged with the brutal murder of a white woman in Mississippi. With a lynch mob already swarming, Zane must stay “incognegro” long enough to uncover the truth behind the murder in order to save his brother—and himself. This edition of the acclaimed and fearless graphic novel features enhanced toned art, an afterword by Mat Johnson, character sketches, and other additional material. 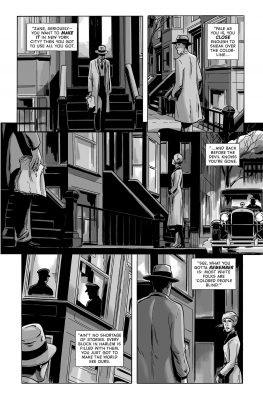 “Fuses bluesy, gutbucket noir with postmodern notions about the pliability of personal identity.”—Time Out New York
###