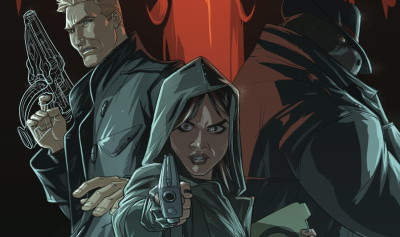 Some of the conspiracy theories out there are true! The grassy knoll? Check! The Roswell crash? Check! The Philadelphia Experiment? Check! Even better/worse, the same secret society was behind them all!

Now members of the group are being killed and in order to stop the killing they have to find out who’s behind it – and why they’re doing it.