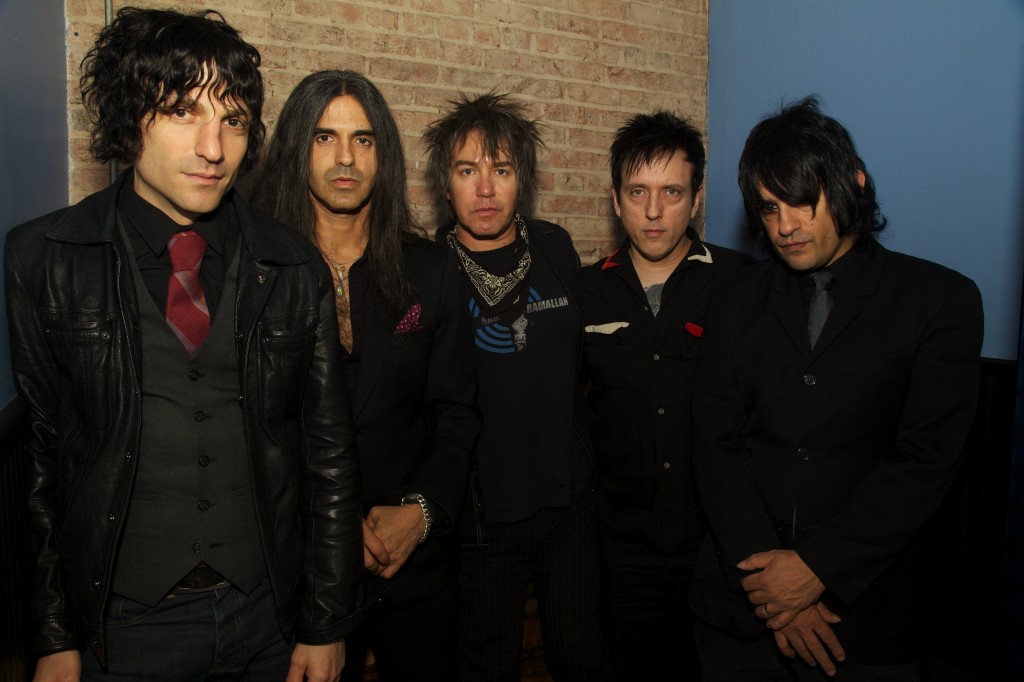 The rock band from New York called D Generation will be out on tour next month and they are scheduled to play alongside the famous and legendary rock band, Guns N’Roses. More details from the press release after the jump:

“We’re really honored to have been asked to play with Guns N Roses,” says vocalist Jesse Malin. “Tommy Stinson played on one of my solo records a while back and we’ve known each other for years. We’ve always had great shows in the mid-west and are looking forward to it again.”

“We are always happy to play to new people,” adds guitarist/vocalist Danny Sage. “I wish there were more! We’re flattered…It’s nice to be asked by a band that could have asked anyone. We appreciate it.”

Formed in 1991, D Generation released three highly influential and critically acclaimed albums, D Generation, No Lunch and Through the Darkness, and toured with rock legends Social Distortion, Green Day, Cheap Trick, The Misfits, The Ramones and Kiss among others before going on hiatus to pursue personal projects in 1999. Over the last decade, Malin has enjoyed a successful solo career while Danny Sage (guitar/vocals), Howie Pyro (bass), Michael Wildwood (drums) and Richard Bacchus (guitar/vocals) have all worked on a variety of their own high profile projects. In early 2011, D Generation returned to the stage for their first live shows since 1999.

“We never saw it as “breaking up” or even this being a “reunion”,” Malin says. “We’ve known each other forever and have always been in each other’s lives. I’ve been doing my solo thing for the last several years and the rest of the guys have been doing their thing as well. We always knew we’d be playing together again.”

“I’m proud to see the band working a lot again,” says Sage. “I believe in the band. I always did. The band should be out there, onstage. I think we play it differently than a lot of other rock n roll bands nowadays…We have a chemistry and a volatility that is kinda lacking lately. It’s been going great; the gigs have been some of the best we’ve ever played.”

Watch D Generation perform their song “Degenerated” live at The Uptown in Oakland, CA on September 25, filmed and edited by Joseph Quever:

Fans in the Midwest can catch the rare chance to see D Generation in their finest form, live in concert with Guns N’ Roses this December in Detroit and Cincinnati.

“We’re looking towards the new year and I am sure we’re gonna have a bunch of releases, a best of, a new album and a lot more touring…that’s the most important part for us,” adds Sage.

Stay tuned to http://dgeneration.us/ and https://www.facebook.com/dgenerationnation for news
and information on D Generation.