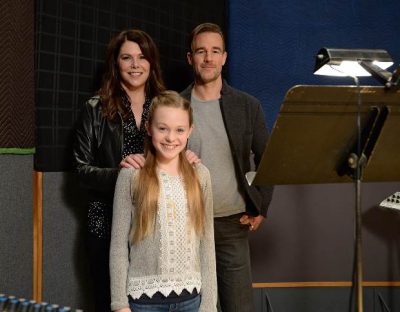 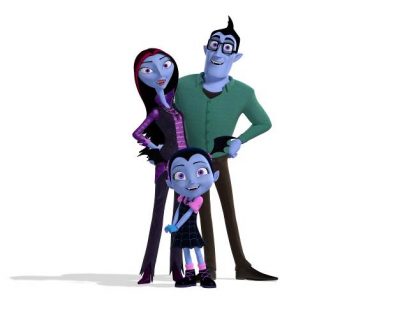 Disney Junior’s new series, Vampirina, follows a family of vampires as they deal with the culture shock of moving from Transylvania to Pennsylvania.

The series stars James Van Der Beek and Lauren Graham as Boris and Oxana Hauntley – parents of Vampirina (aka Vee) for whom the change will be even more pronounced.

Patti Lupone, Brian Stokes Mitchell and Wanda Sykes will recur on the series, which is slated to debut this Fall.

James Van Der Beek (“What Would Diplo Do?”) and Lauren Graham (“Gilmore Girls”) will voice the roles of Vampirina’s parents, Boris and Oxana Hauntley, in Disney Junior’s animated series “Vampirina,” premiering this fall on Disney Channel, Disney Junior and the new Disney NOW app. Twelve-year-old Isabella Crovetti (“Colony”) stars as the voice of Vampirina (aka Vee), a lovable young vampire girl, who is facing the joys and trials of being the new kid in town when her family moves from Transylvania to Pennsylvania.

Featuring music by Broadway composers Michael Kooman and Christopher Dimond (“The Noteworthy Life of Howard Barnes”), the series will include original songs in each episode performed by the talented voice cast. Van Der Beek, Graham and Crovetti perform the series’ theme song.

Set in an urban Pennsylvania neighborhood, “Vampirina” is centered around Vee as she settles into her new surroundings, including making friends and attending a new school. Excited to experience everything that the human world has to offer, Vee will learn that while it may be easier to blend in with her peers, it’s important to celebrate the differences that make everyone unique. Always by her side, Vee’s mom and dad are also adapting to their new life as proprietors of the local Scare B&B, a bed and breakfast for visiting ghouls and goblins.