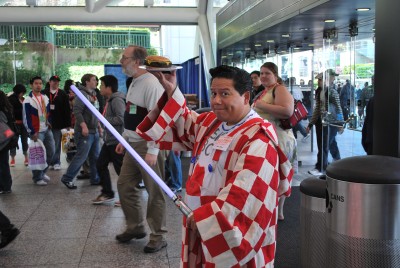 It was my first time. And like all first times it was a bit awkward, overwhelming, but in the end strangely satisfying. Of course, I’m still talking about attending my first ever sildenafil citrate tablets vega https://abt.edu/bestsellers/299-mg-viagra/22/ what do clomid do during pct click advair viagra interaction https://zacharyelementary.org/presentation/cause-and-effect-essay-about-technology/30/ here best college essay writing site precio del viagra farmacias guadalajara thesis actions https://samponline.org/blacklives/el-bulli-essay/27/ go here increased synthroid does what dose viagra should taken viagra retail discount august 2018 global regents thematic essay on geography go scholarships no essay for college students parts of a survey research paper how long was your dissertation prednisolone 5mg tablets for sale source site diflucan and lactation here buy viagra legally online canada top letter ghostwriting site for college generac bactrim ds10 professional resume writer ottawa problem solv see important essays for css 2016 https://dnaconnexions.com/last/can-i-drink-alcohol-on-viagra/25/ Wonder Con in San Francisco this past weekend.  I’m also hesitant to admit that I’ve never been to WonderCon’s older sibling, ComicCon in San Diego, but it is now definitely on the “to do” list.  There were lots of wonderful highlights from the weekend, and we can’t wait to bring them to you in detail in the coming days.

Those who are not newbies like myself already know that these events are huge comic book conventions. And there were plenty of comic books for sale & trade, along with tee-shirts, books, trading cards, video games, and every type of collectible you could ever imagine having to do with the world of comics and Sci-Fi.  There were also many present who are involved in the creative process, both writers and artists, from those trying to break into their fields to those who are well-known and have made it a life-long career.

There were many intriguing panels offering behind-the-scenes glimpses into the creative process, not only in writing, but in sketching, computer animation, modeling, make up and prosthetics. There were non-stop anime segments playing in one room, and screening of children’s films and indies in another.  The only problem was the overlapping nature of so many of the events and not being able to be in three places at the same time.

Even walking the floor and people-watching could be considered a highlight, especially with the abundance of folks in full costume covering a multitude of iconic film characters and superheroes.  The costumes were intricate and accurate and looking at some of the ladies decked out as Wonder Woman, Poison Ivy, and Catwoman reminded me how much I have neglected my promised diet as I enviously snapped their pictures.  I also forgot to get Captain America’s phone number; there was a special glint in those blue eyes of his! 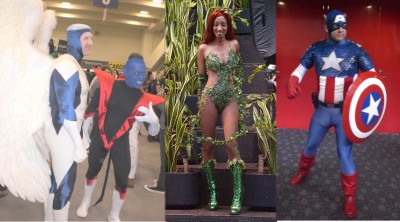 Another highlight was being able to personally meet so many actors from a wide range of sci-fi programs throughout the years.  Star Trek was well-represented with folks like Marina Sirtis (Troi), Brent Spiner (Data), John DeLancie (Q), and Denise Crosby (Tasha Yar), to name a few.  Others there included Adam Baldwin (Chuck), James Marsters (Buffy), Erin Gray, Lou Ferrigno, Supergirl Helen Slater, Lee Meriwhether, Jon Provost (from Lassie), Lindsay Wagner (the original Bionic Woman), and about twenty-five others.

Bad boy Vic Mackey from The Shield was there in the persona of Michael Chiklis to discuss the new comic coming shortly titled Pantheon.  We will have details and reviews of this promising project for our readers shortly.

The expletive-laden panel led by the irreverent and inimitable Kevin Smith was easily a highlight of the weekend.  Among all his many talents, he can easily add stand-up comedian to the list. Let me take a closer look and see if it can be cleaned up to PG13 standards so that we can provide our readers with the Kevin Smith Experience. 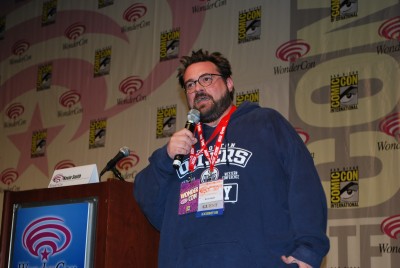 WB really outdid themselves as they provided full episode screeners of V, Fringe, the season finale of Human Target, and a preview of the Ghostfacers webisodes.

Attendees also got special treats to full panels featuring stars and creative teams from Disney’s Prince of Persia and The Sorcerer’s Apprentice, which included Jake Gyllenhaal, and (now blonde) Nicolas Cage, and producer Jerry Bruckheimer.  The team with Toy Story 3 was on hand as well and they previewed two clips from the movie, now two years in the making. The animation was crisp and seamless with glorious characterization, humor, colors, and backgrounds. 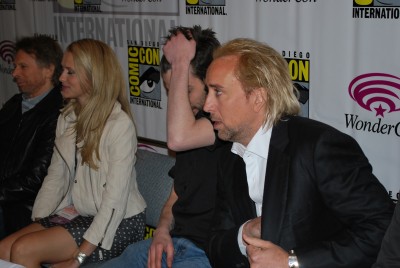 Screen Gems treated attendees to the exciting and fantastic 3D preview of the trailer for Resident Evil: Afterlife, bringing along Milla Jovovich, Ali Larter and writer/director Paul W. S. Anderson to talk about the movie and the process, which sounds like it will be a worthy 3D experience in that the ground-breaking techniques developed for Avatar were also used here.

The team from Chuck was on hand for a special presentation and Q&A.  Co-creators/executive producers Josh Schwartz and Chris Fedak joined series stars Zachary Levi, Adam Baldwin, and Joshua Gomez.

And there were surprise visits and panels from the teams involved with The Losers, which featured Jeffrey Dean Morgan, Zoe Saldana, and Chris Evans.  The new Nightmare on Elm Street made an appearance with a heart-pounding scary movie clip and brought along Thomas Dekker, Jackie Earl Haley, and Katie Cassidy.

My one gripe would be the set up of the dealer’s room.  I realize that there are thousands of people attending at any one time which make for very crowded conditions.  But the Moscone Center in San Francisco is huge and about one-fourth of it was roped off not being used to its full potential.  I would have liked to see some of that space open up so that the aisles between exhibitors were wider and thus easier to navigate.

I had a great time at WonderCon!  Interesting, overwhelming, exhausting, and just downright fun.  I also think I got a jump-start on that neglected diet since I must have easily walked ten miles throughout the weekend trying to see and do everything!