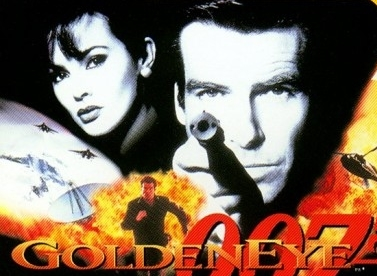 As gaming fans from all around the world try to create their very own renditions of games and movies, like the SNES Chrono Trigger Crimson Echoes cartridge, big manufacturers often look at the popular movies to create games that would bring in a large gaming base. Along the years, dozens of such great games were launched. Here are 3 that you will want to try out.

One of the most iconic games ever created for the Nintendo 64, GoldenEye 007 is seen by many as the best video game ever created after a movie. It managed to create a genre of its own and actually led to the FPS industry evolving. What is interesting is that this game was actually the main reason why you should have bought a Nintendo 64 if you were a gaming, which is one feat that was never really accomplished again.

In most cases the movie is way better than the game but this one is a true exception to this rule. Chronicles Of Riddick the game was so much better than the movie and that is mainly because of the really interesting effect that Vin Diesel’s voice had on creating an atmosphere, together with the game not following the story of the movie, being a prequel to what you see in the movie. Everything is around the main character trying to get out of Butcher Bay, which is sort of an Alcatraz.

This is a true classic in the video game industry. The game was perfect for the time when it was launched, the year 1993. Aladdin did follow the plot of the movie, one that is not so memorable. However, the gameplay was finely tuned, which is what counts the most at the end of the day. It was difficult and managed to make people play for hours. The recipe for success was appreciated and many tried to copy it but that was not possible.

If you are bored and you do not know what to play, consider the games that we mentioned. They need to be played at least once by movie lovers and by gamers.