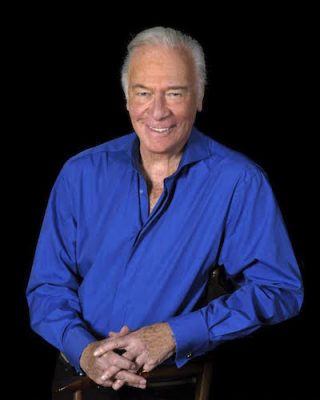 TORONTO, January 10, 2017 – The Academy of Canadian Cinema & Television announced today that iconic actor Christopher Plummer will be honoured with a Lifetime Achievement Award at the 2017 Canadian Screen Awards. The awards will be broadcast live on CBC from Toronto’s Sony Centre for the Performing Arts on Sunday, March 12, 2017 at 8 pm (8:30 NT; 9 pm AT).

“Every year, the Academy has the honour of celebrating those who have made immense contributions to our cultural landscape through their artistry” says Academy Chair Martin Katz. “Christopher Plummer is one of the greatest actors of his generation who has delighted audiences with his iconic performances.  We are elated to have him as this year’s distinct guest of honour.”

“Christopher Plummer has had a long, versatile and brilliant career on stage and on screen. He is a true gentleman of the arts, exuding elegance and grace and we are proud to celebrate his legacy.” says Academy CEO Beth Janson.

Christopher Plummer has enjoyed almost 65 years as one of the theatre’s most respected actors and is a veteran of over 100 motion pictures. Raised in Montreal, he began his professional career on stage and radio in both French and English. After Eva Le Gallienne gave him his New York debut in 1954 he went on to star in many celebrated productions on Broadway and London’s West End, winning accolades on both sides of the Atlantic.

Among the seven Tony nominations, he has won two Tony Awards, for the musical CYRANO (1974) and for BARRYMORE (1997), and has earned seven Tony nominations, his latest for his KING LEAR (2004) and for playing Henry Drummond in INHERIT THE WIND (2007); he has also received three Drama Desk Awards and the National Arts Club Medal. A former leading member of the Royal National Theatre under Sir Laurence Olivier and the Royal Shakespeare Company under Sir Peter Hall, where he won London’s Evening Standard Award for Best Actor in BECKET (1961), he also led Canada’s Stratford Festival in its formative years under Sir Tyrone Guthrie and Michael Langham and more recently with Des McAnuff at the Stratford in his one man show, A Word or Two.

Apart from honours in the UK, USA, Austria and Canada, he was the first performer to receive the Jason Robards Award for Excellence in Theatre, in memory of his great friend, the Edwin Booth Lifetime Achievement Award and the Gielgud Award for Excellence in the Dramatic Arts. In 1968, sanctioned by Elizabeth II, he was invested as a Companion of the Order of Canada (an honourary knighthood). An Honourary Doctor of Fine Arts at Juilliard, he also received the Governor General’s Lifetime Achievement Award in 2001. In 1986 he was inducted into the Theater Hall of Fame and in 1998, Canada’s Walk of Fame.

Plummer’s more recent film projects include the highly praised animated films Up (2009) and 9 (2009), as well as the title role in The Imaginarium of Doctor Parnassus (2009), directed by Terry Gilliam. He played the great novelist Tolstoy opposite Helen Mirren in The Last Station (2009) for Sony Classics, for which he received his first Academy Award nomination. He followed that up the next year with his second Academy Award nomination and the Oscar for Best Supporting Actor in Beginners (2010). He co-starred in David Fincher’s The Girl with the Dragon Tattoo (2011),. In July and August 2012, he returned to the Stratford Festival to perform his one-man show that he created and wrote, entitled A Word or Two, directed by Des McAnuff and reprised it at The Ahmanson Theatre a few years later. In other recent theatrical appearances, he starred opposite Oscar winner Shirley MacLaine in Elsa & Fred (2014), directed by Michael Radford; Hector and the Search for Happiness (2014) directed by Peter Chelsom; Danny Collins (2015), opposite Al Pacino and Annette Bening for writer/director Dan Fogelman and, Atom Egoyan’s Remember (2015). In 2017, you will see him in David Leveaux’s The Exception, and The Man Who Invented Christmas as Scrooge for Bharat Nailuri and Bleeker Street.

His recent self-written best-selling memoir, In Spite of Myself (Alfred A. Knopf Publishers) is being much lauded by critics and public alike.

About the Academy | www.academy.ca | The Academy of Canadian Cinema & Television is a national, non-profit, professional association dedicated to the promotion, recognition and celebration of exceptional achievements in Canadian film, television and digital media.  Unifying industry professionals across Canada, the Academy is a vital force representing all screen-based industries.