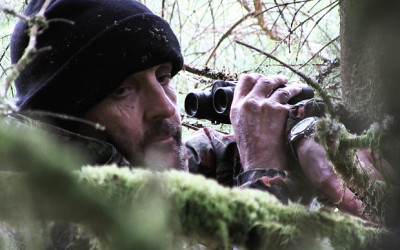 It’s not easy to disappear in today’s world – which is why the premise of CBS’s Hunted is unique: participants are challenged to go on the run and evade capture by some of the world’s best investigators and trackers.

The series is being set up based on the format of a British show (see above photo) that premiered to strong ratings earlier this month in the UK. For further details (and the trailer for the British show), follow the jump.

CBS ORDERS “HUNTED,” A NEW ALTERNATIVE SERIES WHERE PARTICIPANTS GO ON THE RUN TO EVADE CAPTURE BY SKILLED INVESTIGATORS

CBS has ordered HUNTED, a new one-hour alternative series where participants are challenged to go on the run as some of the world’s most highly skilled investigators and trackers pursue them in a nationwide manhunt. The series is being developed for broadcast based on the format of the UK show, which was created and produced by Shine TV. The new CBS series will be produced by Endemol Shine North America.

“HUNTED is a compelling new alternative series format, which our Alternative department had been tracking for a while, that feels tailor-made for CBS,” said Glenn Geller, President, CBS Entertainment. “It combines the suspense of a crime drama with the thrill of a competition reality series and some very topical social issues.”

HUNTED follows ordinary people attempting the nearly impossible task of disappearing in today’s vast digital world, as professional investigators combine state-of-the-art tracking methods with traditional tactics to narrow down the search area. From searching their target’s home and scouring Internet and cell phone histories to identifying behavioral patterns, they look for clues to potential hiding places and collaborators that can ultimately lead to capture.

HUNTED premiered to strong ratings this month, especially among young adults, on Channel 4 in the UK.CBS Orders

Information regarding premiere date and how to apply to be a participant will be announced at a later date.