Entertainment News for The Rest of Us
Michelle Alexandria
Broadway, Out and About 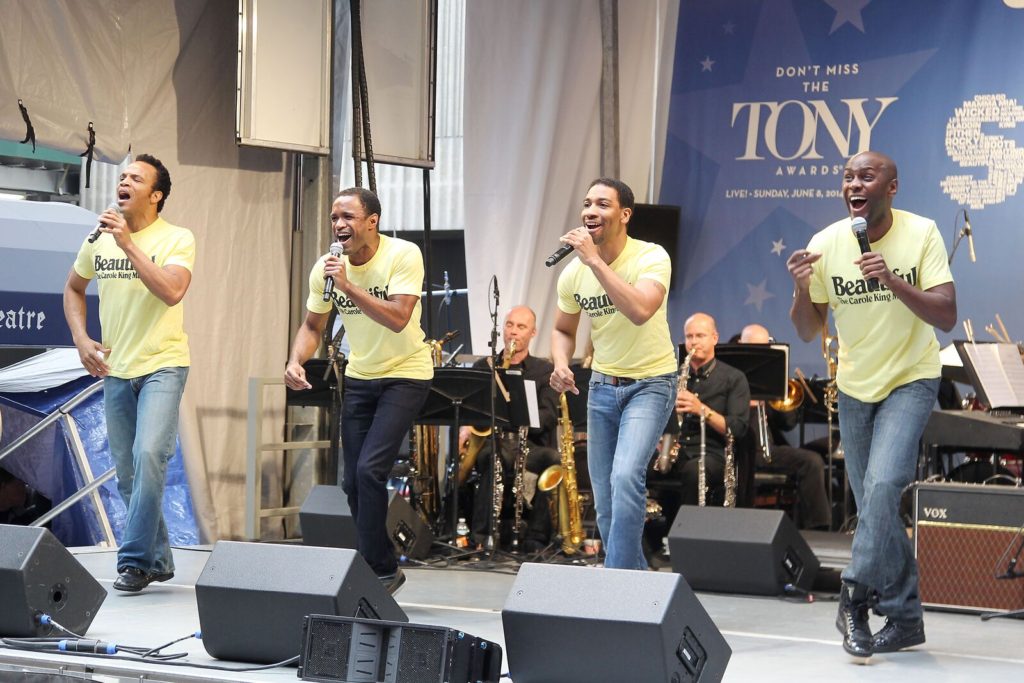 The cast of Beautiful: The Carole King Musical performs at the 2014 Stars in the Alley Concert Photo by Amanda Schwab

One of my favorite events of the years is Broadway’s Stars In The Alley. Every year for the last few years, the Broadway League puts on a free outdoor concert. The 2 hour event is sort of an unofficial dress rehearsal for the Tony Awards and features appearances and performances from over 30 different Broadway shows. The event is held Friday, June 3rd, in the historic Shubert Alley on West 44th, from 12:30 to 2:30 pm, rain or shine.

The nice thing is, it’s usually a well organized event and normally starts on time, so get there early! This year’s participants include performances from the cast of Something Rotten, The Color Purple, Get On Your Feet and more. The cast of Hamilton will make an appearance as well, although not performing. Here’s a full list.

An American in Paris

Fiddler on the Roof

On Your Feet! The Story of Emilio & Gloria Estefan

The Phantom of the Opera

WITH ADDITIONAL APPEARANCES FROM*:

An Act of God

The Curious Incident of the Dog in the Night-Time

School of Rock The Musical

Shuffle Along, Or The Making of the Musical Sensation of 1921 and All That Followed