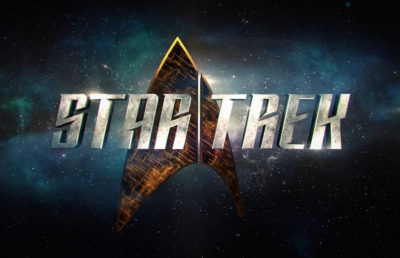 Each Episode of the New STAR TREK to be Available in Canada Day-and-Date With the U.S.

LOS ANGELES and TORONTO- July 18, 2016 – CBS Studios International and Bell Media today announced a licensing agreement for the new STAR TREK television series in Canada. With Bell Media’s acquisition of the exclusive linear television and subscription video on demand (SVOD) rights in English and French in Canada, each episode of the new STAR TREK series will be available simultaneously with its release in the U.S.

The rollout for the new STAR TREK series in Canada will mirror the launch in the U.S. The first episode will premiere on Canada’s most watched broadcast network, CTV, on the same night as CBS. All remaining episodes will initially be televised on Bell Media’s cable networks, Space (in English) and Z (in French), and then later exclusively on CraveTV, Bell Media’s streaming video-on-demand service.

The STAR TREK television library will return to Space (in English) and debut on Cinépop (in French), and will also be found among CraveTV’s leading lineup of premium television series.

The all-new STAR TREK will begin production in Toronto this September for its January 2017 premiere. The iconic and influential global franchise will return to television for the first time since 2005 with a new ship, new characters and new missions, while embracing the same ideology and hope for the future that inspired a generation.

“We are extremely pleased to significantly expand our partnership with Bell,” said Armando Nuñez, President and CEO, CBS Studios International. “Canadian fans will now be able to ‘beam up’ CBS’s highly anticipated new series, as well as all past episodes of the show’s vast library. Bell Media’s premium linear and digital platforms will be a great home for our new series, as STAR TREK celebrates its 50th anniversary.”

“Our acquisition of the new STAR TREK series delivers a unique and exclusive opportunity for Canadian advertisers to engage with this blockbuster new drama in a meaningful way,” said Mary Ann Turcke, President, Bell Media. “We are delighted to welcome STAR TREK back to Bell Media and amplify this iconic franchise through our multiple leading brands. With a high-profile premiere on CTV, a permanent base on Space – the long-time home of the series in Canada – and premium positioning on CraveTV – it’s ‘mission accomplished’ for Canadian STAR TREK fans.”

In the U.S., the new STAR TREK will launch with a special premiere episode on the CBS Television Network in January 2017. The premiere episode and all subsequent episodes will then be available in the United States exclusively on CBS All Access, the Network’s digital subscription video on demand and live streaming service.

As previously announced, the new STAR TREK marks the first original series developed for U.S. distribution on CBS All Access, which provides American viewers thousands of episodes of CBS’s current and past seasons on demand, plus the ability to stream their local CBS Television station live for $5.99 per month.

Alex Kurtzman and Bryan Fuller are co-creators and executive producers for the new STAR TREK, based on Gene Roddenberry’s original series. Fuller launched his career writing for “Star Trek: Deep Space Nine” and “Star Trek: Voyager.” Kurtzman is co-writer and producer of the blockbuster films “Star Trek” and “Star Trek Into Darkness.”