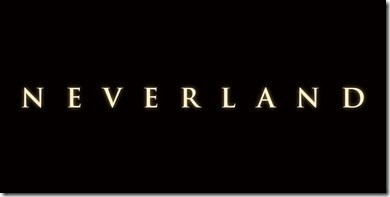 If you’ve ever wondered about who Peter Pan was, and what he’d gotten up to before he met Wendy, then here’s a bit of news you’ll really enjoy. Syfy and Nick Willing [Alice] are joining forces to produce Neverland, the story of who Peter and his Lost Boys are – and how they came to live in Neverland!

It’s a strange tale – how could it not be – and you can learn more by following the jump to get all the juicy details from the press release.

Neverland will be produced by Dublin-based Parallel Films on behalf of MNG Films in association with Syfy and Sky Movies HD and will be distributed by RHI Entertainment.

“Nick Willing is a master story-teller who has taken a literary Classic and cleverly updated it for a new generation,” said Stern.  “’Neverland’ will captivate viewers with a gripping narrative, great characters, and unprecedented film-making techniques.”

“RHI’s creative partnership with Syfy continues to produce exciting appointment television for audiences worldwide,” said Robert Halmi Sr., RHI Entertainment.  “Viewers are in for a rare treat – and one they won’t soon forget!”

Sweeping in time from the turbulent seas of the pirates of the Caribbean to the back alleys of Dickensian London to a world of pure imagination, Neverland is the inspired origin story of one of the most cherished characters of all time… Peter Pan.

Raised on the streets of turn-of-the century London, orphaned Peter (Rowe) and his pals survive by their fearless wits as cunning young pickpockets. Now, they’ve been rounded up by their mentor Jimmy Hook (Ifans) to snatch a priceless—some believe, magical—treasure which transports them to another world. Neverland is a realm of white jungles and legendary mysteries of eternal youth, where unknown friends and enemies snatched from time welcome the new travelers with both excitement and trepidation. These groups include a band of 18th century pirates led by the power-mad Elizabeth Bonny (Friel), and the Native American Kaw tribe led by a Holy Man (Trujillo), which has protected the secret of the tree spirits from Bonny and her gang for ages—and that has meant war. But as the fight to save this strange and beautiful world becomes vital, Hook, Peter, and the ragamuffin lost boys consider that growing old somewhere in time could be less important than growing up—right here in their new home called Neverland.